Rajya Sabha TV programs like ‘The Big Picture’, ‘In Depth’ and ‘India’s World’ are informative programs that are important for UPSC preparation. In this article, you can read about the discussions held in the ‘India’s World’ episode on “2nd India – Central Asia Dialogue” for the IAS Exam. 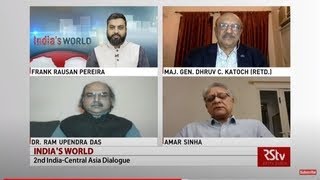 Central Asia is strategically positioned as an access point between Europe and Asia. Prior to independence, the Central Asian countries were part of the Soviet Union. Britain and the Soviet Union wanted to keep a check on each other’s expansionist policy and used Afghanistan as the buffer.

Central Asia and its other Neighbours