Physical features of India are a very important segment in the Geography section of the UPSC syllabus. In this article, we talk in brief about the coastal plains in India. Candidates appearing for the IAS Exam can also download the notes PDF at the end of this article. 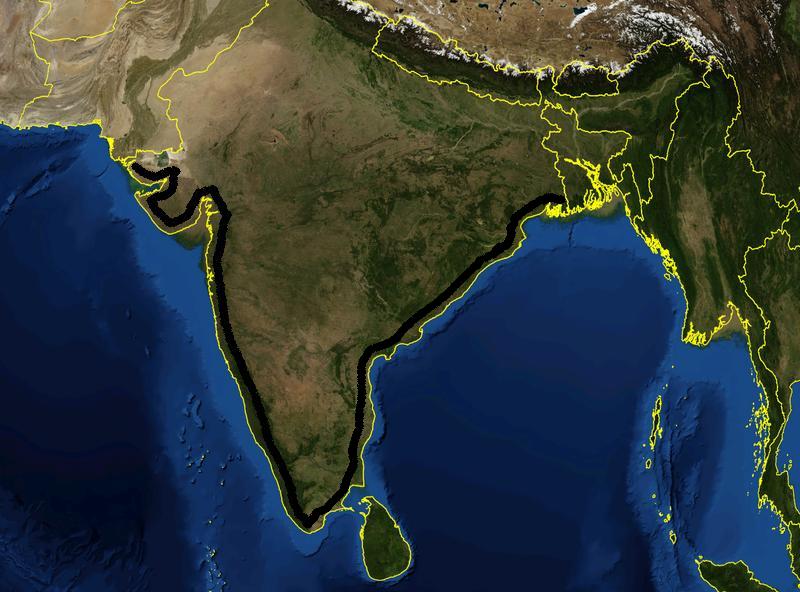 The eastern coastal plains stretch from West Bengal in the north to Tamil Nadu in the south and pass through Andhra Pradesh and Odisha. Deltas of the rivers Mahanadi, Krishna, Godavari and Cauveri are present in the eastern coastal plain. The deltas are very fertile and productive for agriculture. Therefore, the delta of the River Krishna is called the ‘Granary of South India‘. The Eastern coast is again divided into three categories:

Western Coastal Plains stretches from Kerala in the south to Gujarat in the north passing through Karnataka, Goa and Maharashtra. The western coastal plains stretch for 1500 km north to south and its width ranges from 10 to 25 km. The West Continental Shelf is at its widest off the Bombay coast. This place is rich in oil. Along the Malabar Coast, there are many beautiful lagoons which makes the place a tourist destination. The western coast is narrower than the eastern coast.

The western coast is further divided into four categories:

The coastlines of India extends up to 7516.6 km including the island groups Andaman and Nicobar and Lakshadweep. As a result, the areas that are covered under the Indian coastlines enjoys a favourable climate with no extreme temperature which is ideal for human development. Some of the major significance of the coastal plains in India are mentioned below:

The geographical distribution of India is an important part to cover for UPSC 2023. Several questions can be asked from this section in the UPSC prelims as well as in the IAS mains exams.

What are the coastal plains of India?

A coastal plain is flat, low-lying land adjacent to a sea coast. The Coastal Plains of India lie on either side of the Peninsular Plateau, along the western and eastern coasts of India.

Why are the coastal plains important?

The coastal regions of India are noted for agriculture, trade, industrial centres, tourist centres, fishing and salt making. They provide important hinterlands for big ports. Many parts of the Indian coastal plains have rich, fertile soil on which, apart from rice, a large variety of crops are grown.