The Korean Peninsula was at one point in history a single unified entity. Until World War 2 happened. The Northern half was under occupation by the communist USSR and the Southern half was occupied by the United States.

The occupation and the subsequent Korean War (1950-1953) ensured that the two nations would take diverging paths that have set them apart to this day. 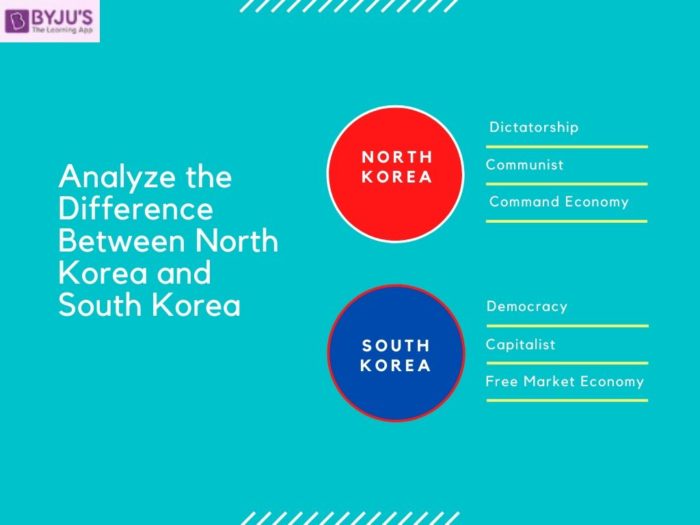 In this article, we will discuss in great detail about the differences between North Korea and South Korea within the context of the IAS Exam

Both North and South Korea are in the news whenever the tensions between the two escalate. As a result, questions pertaining to them have been regularly featured as current affairs-based questions in the IAS Exam. Aspirants can refer to the following links and other allied articles given below to stay updated about such topics.

What is the major difference between North Korea and South Korea Economies?

Is South Korea part of ASEAN?

Yes, South Korea belongs to ASEAN plus six. It consists of ASEAN’s ten members plus Australia, China, India, Japan, New Zealand, and South Korea. Meanwhile, North Korea is one of the dialogue partners of ASEAN.
To know more about ASEAN, check the linked article.