Indian administration is guided by three pillars – Legislature, Executives, and Judiciary. Indian Judiciary. In India, we have an independent judiciary. The other organs of the government cannot interfere with the functioning of the judiciary. It is an important topic for the IAS Exam for the Indian Polity subject (UPSC GS -II).

This article will provide you with relevant facts about Indian judiciary, what is the role of the judiciary, its structure, organisation, and functioning.

The judiciary is that branch of the government that interprets the law, settles disputes and administers justice to all citizens. The judiciary is considered the watchdog of democracy, and also the guardian of the Constitution. For democracy to function effectively, it is imperative to have an impartial and independent judiciary.

Independence of the judiciary also does not mean that the judiciary functions arbitrarily and without any accountability. It is accountable to the Constitution of the country.

How Indian Judiciary is granted its independence?

The Constitution provides for a number of provisions that ensure that the independence of the judiciary is maintained and protected. For more on this, you can check the below links.

India has a single integrated judicial system. The judiciary in India has a pyramidal structure with the Supreme Court (SC) at the top. High Courts are below the SC, and below them are the district and subordinate courts. The lower courts function under the direct superintendence of the higher courts.

The diagram below gives the structure and organisation of the judicial system in the country. 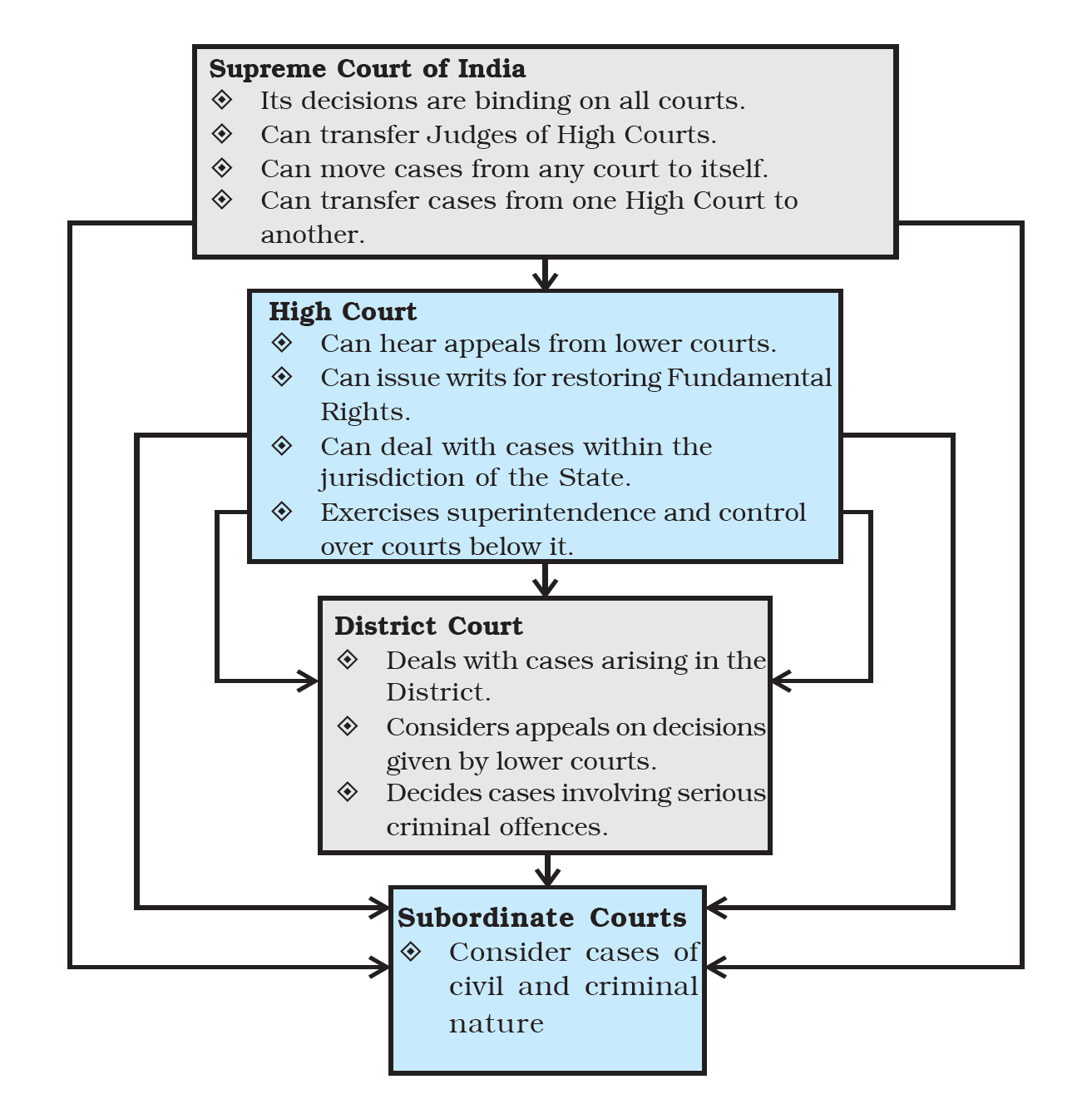 Apart from the above structure, there are also two branches of the legal system, which are:

Supreme Court has three types of jurisdictions. They are original, appellate and advisory. The jurisdiction of the Supreme Court is mentioned in Articles 131, 133, 136 and 143 of the Constitution.

Functions of Indian Judiciary – What is the role of the Judiciary?

The functions of the judiciary in India are:

You may also read;

Civil courts deal with civil cases. Civil law is referred to in almost all cases other than criminal cases. Criminal law applies when a crime such as a robbery, murder, arson, etc. is perpetrated. 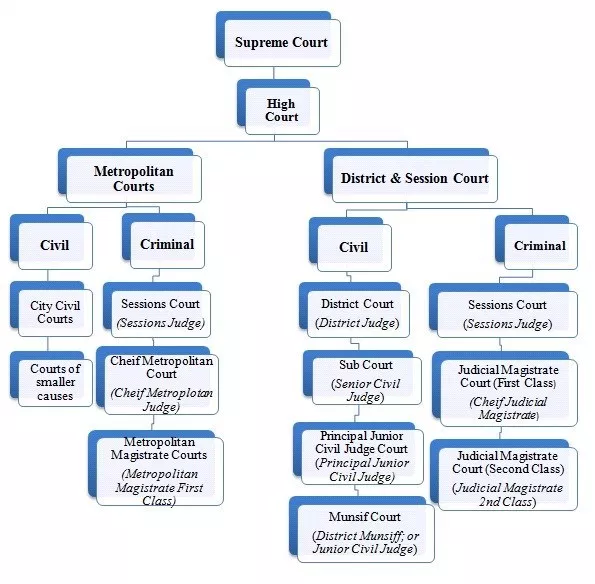 What is Article 124 A of Indian Constitution?

This article talks about the establishment and constitution of the Supreme Court.

What is the structure of Indian judiciary?

Judiciary in India has a pyramidal structure with the Supreme Court at the top.

What is obiter dictum in law?

Obiter dictum is an opinion or a remark made by a judge which does not form a necessary part of the court’s decision.

What is the main function of the Indian judiciary?

The main function of the judiciary is to interpret and apply laws to cases.