International Relations This Week - BRICS and Other Issues

International relations is a very important segment of the UPSC syllabus. In this series, we present an analysis of the most important international issues and developments that occurred over the past week relevant for the IAS exam. In this article, you can learn more about BRICS, its relevance and other developments. BRICS in the 21st Century

Potential Challenges with the Structure and Members of BRICS

What is the Significance of BRICS for India? 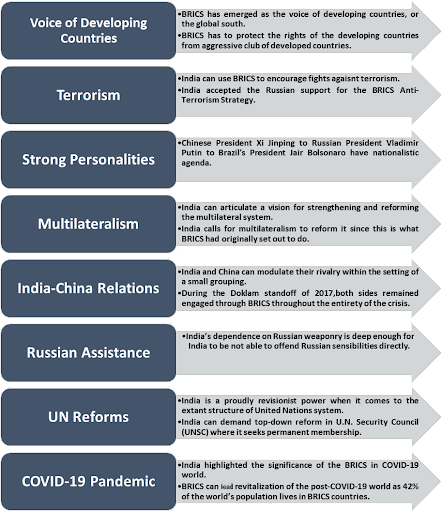 Impact of COVID on BRICS Countries

The governments have committed significant political capital in advancing the BRICS experiment, and its institutionalisation has developed its own momentum. This group’s leaders, administrators, and scholars must undertake severe soul-searching in order to find a way out of their current predicament.

When assessing the future of the BRICS coalition, four crucial points should be taken into consideration: