The Indian subcontinent thrives in the midst of unity in diversity and culture adds to the essence of its philosophy reflected through a spectrum of art forms binding people across the nation.

Kathakali is an evolved dance form popular in the South Indian state of Kerala. This Indian classical dance involves storytelling activities through fascinating footwork and expressive gestures of face and hands accompanied by music and vocal performance. In this article, you can read all about Kathakali, which is an important part of the art and culture section of the UPSC syllabus.

The literal meaning of the term Kathakali is ‘Story-Play’. 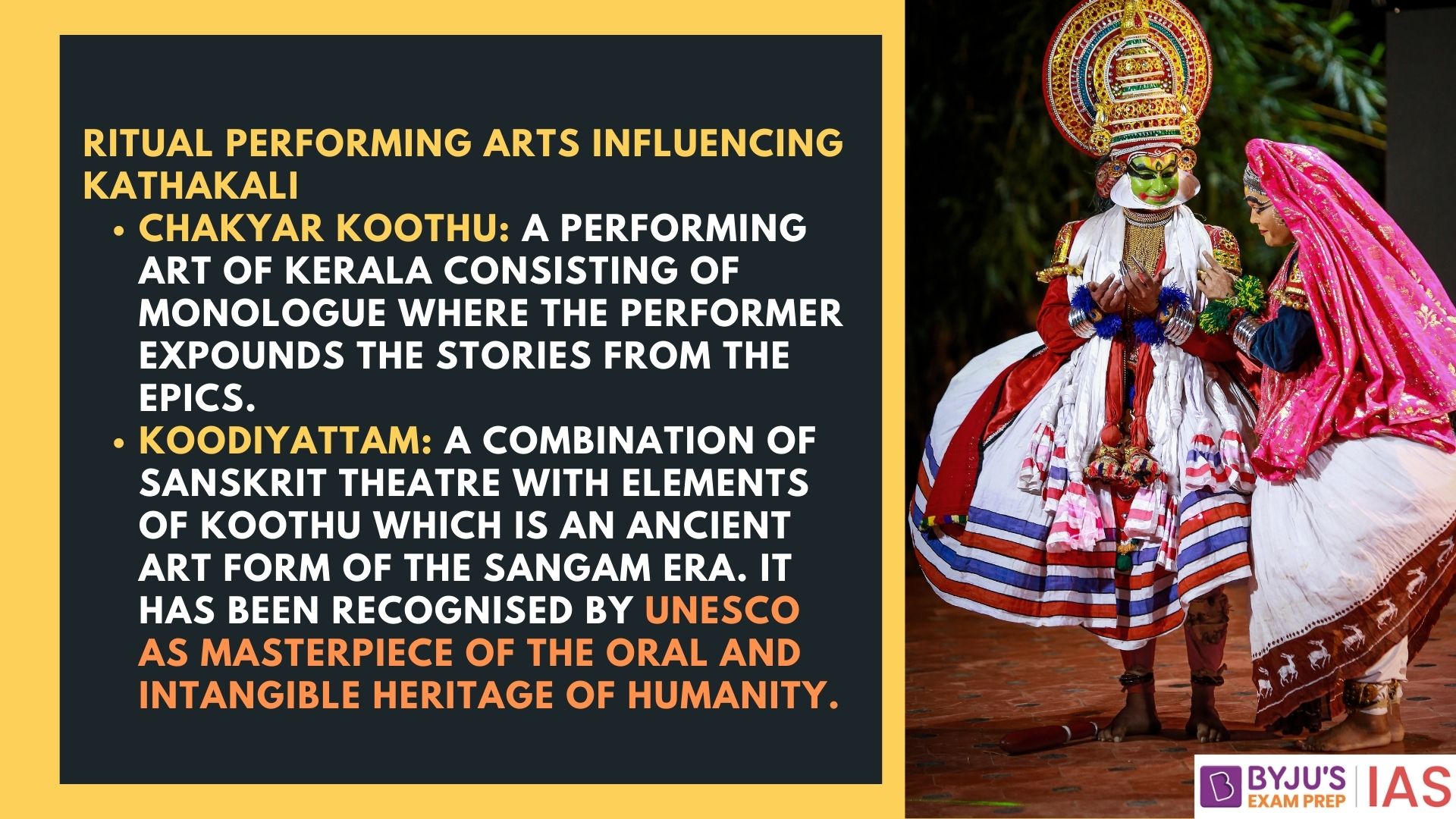