The United Nations Educational, Scientific and Cultural Organization (UNESCO) is an important programme under the United Nations. Such international bodies and programmes are very relevant for the IAS exam. In this article, you can read all about UNESCO, its functioning, mandate, objectives and India’s relations with it. 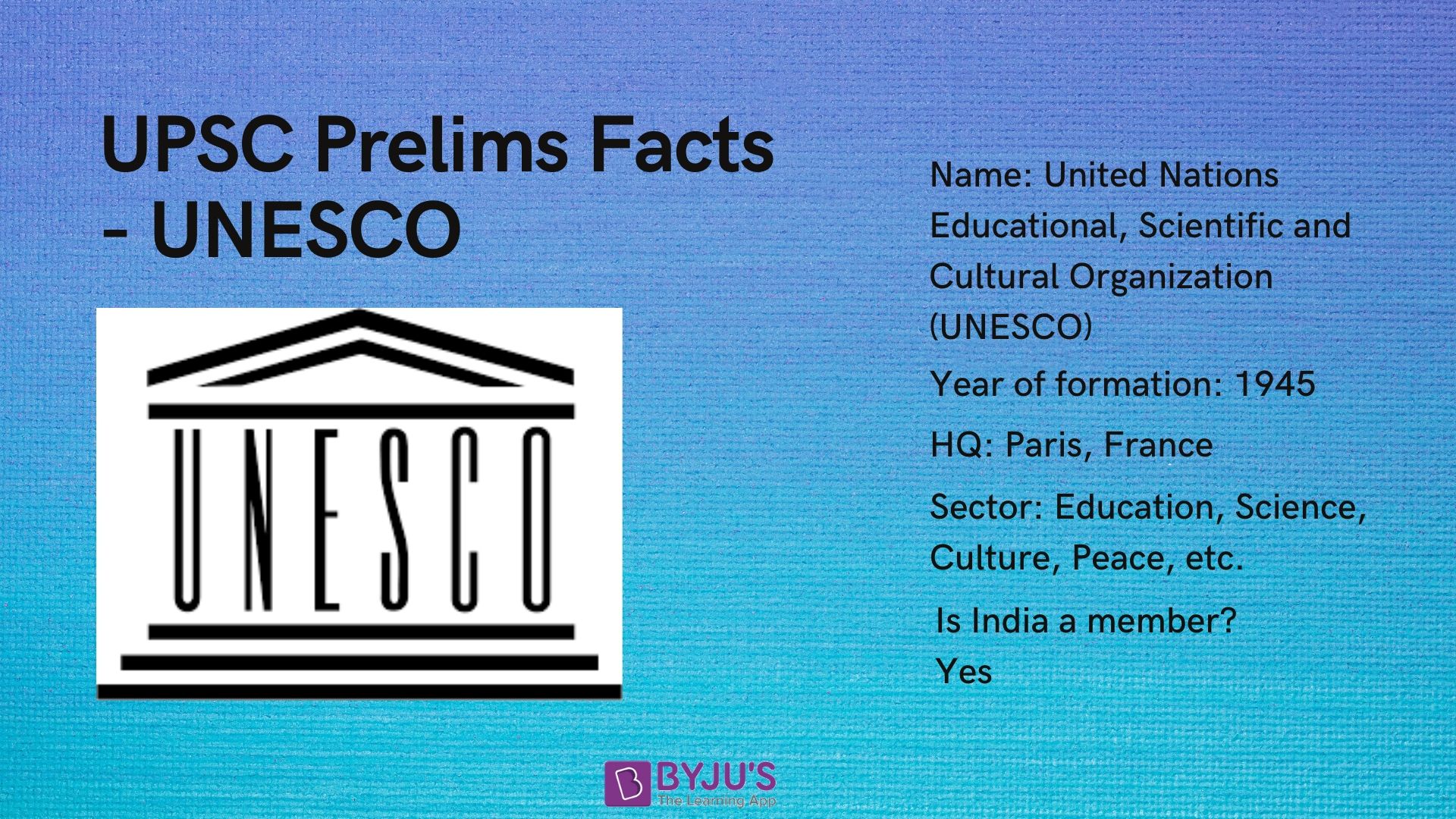 UNESCO is a specialised agency of the United Nations that works for world peace through global cooperation in the fields of education, culture and the sciences.

UNESCO World Heritage Site is a site recognized by UNESCO as having a distinctive cultural or physical significance, and which is considered of outstanding value to humanity. There are more than 1000 heritage sites across 167 nations.

Through UNESCO, the United Nations designates specific days as occasions to mark particular events or topics in order to promote, through awareness and action, the objectives of the Organization.

Some of the International days observed by UNESCO is given in the table below:

To know more about other important international days and dates, visit the linked article.

India is a founding member of UNESCO.

What are the achievements of UNESCO?

A major achievement in UNESCO’s work to protect submerged sites was the adoption of the UNESCO 2001 Convention on the Protection of the Underwater Cultural Heritage. The Convention was developed and adopted by the Member States of UNESCO.

What is the main purpose of UNESCO?

UNESCO is the United Nations Educational, Scientific and Cultural Organization. It seeks to build peace through international cooperation in Education, the Sciences and Culture.

What role has UNESCO played in India?

The UNESCO has played an important role in the development of human rights education in India. It encourages education among children, because it believes in education being a basic human right. It has provided assistance and international cooperation among artists, scientists and scholars in India.