The United Nations Children’s Fund, popularly known as UNICEF, is a United Nations agency that provides developmental and humanitarian aid to children worldwide. UNICEF is an important topic for the IAS exam.

UNICEF started as the International Children’s Emergency Fund (IECF) in 1946, formed by the UN Relief Rehabilitation Administration in order to offer relief and healthcare for affected children and mothers in the aftermath of the Second World War. In the same year, the UN established the United Nations Children’s Emergency Fund (UNICEF) to manage its post-war relief work better. Though it became a permanent part of the UN in 1953 and subsequently changed its name to United Nations Children’s Fund, it continues to use the acronym UNICEF. 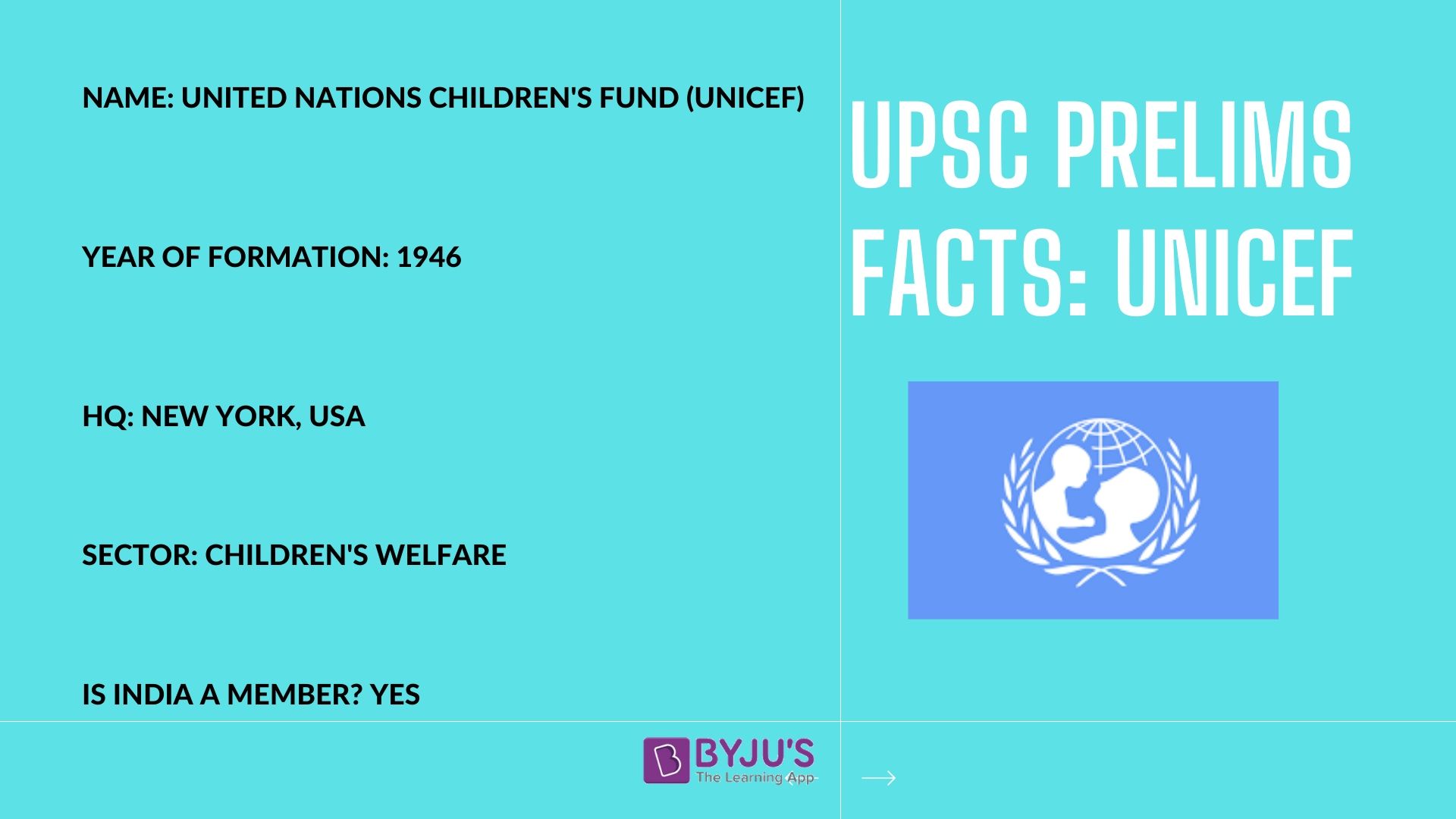 UNICEF functions through 150 country offices and other facilities all over the world.

To know more about the Important Headquarters of International Organizations, check the linked article.

UNICEF’s partnership with India began in 1949. Its first office was established in New Delhi in 1952.

Strengths and Weaknesses of UNICEF

Like many global organizations around the world, UNICEF has its fair share of strengths and weaknesses. They are listed in brief below: