International Women's Day Celebrated For the First Time - [March 8, 1975] This Day in History 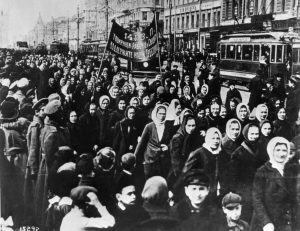 International Women’s Day is observed every year globally to celebrate the social, economic, cultural and political accomplishments of women. On this day, people form groups and organise rallies or campaigns for women’s equality and also celebrate women’s achievements.

The day also marks a call to action for accelerating gender parity, as envisaged in the Goal 5 of Sustainable Development Goals (SDGs). Read more from the linked article.

These facts are sourced from the websites of the United Nations.
These facts are indicating that the women’s equality and empowerment still needs focus; and all the governments across the globe have to formulate their policies and legislations to accelerate gender parity.

Colours of IWD
Purple, green and white are the colours of International Women’s Day.

The colours originated from the Women’s Social and Political Union (WSPU) in the UK in 1908.

The campaign theme for the International Women’s Day (IWD) 2021 is “#ChooseToChallenge”.