Basel Norm III is also known as the Third Basel Accord or Basel Standards. It is a regulatory framework followed on a voluntary basis on a global scale. The framework deals with capital adequacy in banks, stress testing, and market liquidity risk.

Aspirants would find this topic helpful in the IAS Exam.

What is Basel Norm III?

What are the 3 Main Pillars or 3 Main Principles of Basel III?

The 3 main pillars or 3 main principles of Basel III are given below.

Banks are exposed to a variety of risks and defaults because of lending to borrowers who carry their own risks. Banks lend money raised from the market as well as the deposits of the public as a result they fall at times. Hence to deal with such situations banks are required to keep aside a certain percentage of capital as security against the risk of non – recovery. The Basel Committee has produced Basel III norms for Banking to tackle this risk.

How Does Basel III Affect Banks?

The Cost of increasing capital ratios may lead banks to raise their lending rates and thereby resulting in a reduction of lending. This will have a significant impact on the economy due to lower investment, lower exports, and lower consumption.

What is the Basel Committee on Banking Supervision?

Though India follows Basel II norms, they are yet to be fully implemented in India and overseas.

In the Indian context, the Reserve Bank of India (RBI) is overseeing the implementation of BASEL III Norms. 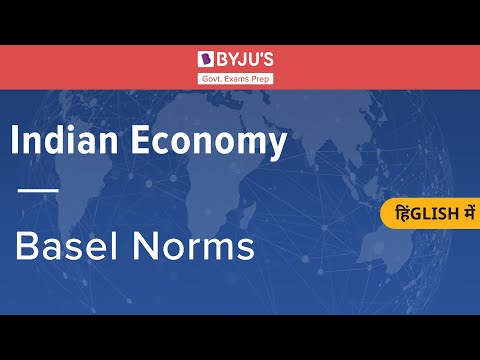