Reading Ummul Kher’s IAS success story will be an eye-opener for many. This feisty 28-year old has proved what a determined and gritty woman is capable of. Kher faced staggering odds to pursue an education. Fragile bone disorder, parents who disowned her, living alone in a slum – these are just a few of them. Read on IAS topper Ummul Kher’s heart-wrenching story of how she cleared the civil services exam in her very first attempt and got AIR 420. Many a times during the course of the preparation candidates tends to get disheartened and it impacts their preparation. Any aspiring candidate who reads this article will count their blessings and resume their preparation with renewed vigor. This is an inspiring story of women empowerment who battled gender discrimination and scores of insurmountable battles to come out victorious. 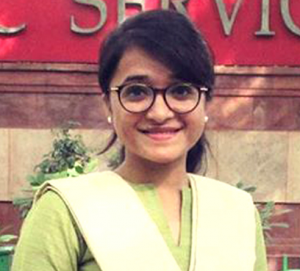 Kher’s story is truly inspirational for IAS aspirants as it shows what determination and a steel resolve are capable of achieving despite all odds stacked against them.

Reading such IAS success stories should motivate you to push yourselves harder and study with focus and resolve.

Ummul Kher’s final marks are mentioned in the table below:

The above details would help candidates get the necessary motivation while preparing for UPSC 2022.