Topic: Salient Features of the Representation of People’s Act.

Mains: Arguments for and against the move to link voter ID with Aadhaar numbers

For detailed information on the provisions refer to the following article:

Arguments for and against Aadhaar-voter ID linking: 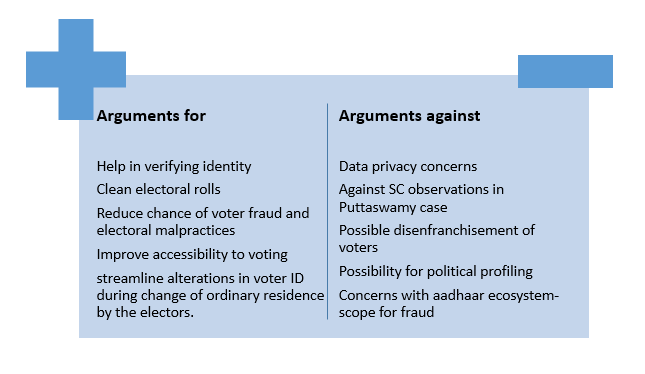 Topic: India and its Neighborhood – Relations.

Any applicant who fulfils the below-mentioned criteria is eligible to apply for the Pradhan Mantri Ujjwala Yojana:

Apart from the above, the applicant should also submit a set of documents indicating her BPL status, identity, etc.

Data on LPG use:

1. ‘Population not the sole factor in J&K delimitation’

1. Why the Indian Rupee is Weakening

3. Not all Muslims oppose marriage Bill

Which of the above statements is/are correct? [UPSC 2017]