Yojana Magazine is an important source of material for the UPSC exam. The monthly magazine provides details of major government schemes and programmes in various domains. Moreover, coming from the government, it is an authentic source of information for the UPSC Exam. Here, we provide the Gist of Yojana, exclusively for the IAS Exam.
TABLE OF CONTENTS

What is Gram Sabha?

Read more on Panchayati Raj and the 73rd Amendment in the link.

A vibrant Grama Sabha is necessary for Village Panchayats to function effectively, as it promotes openness and accountability in administration, increases public engagement in the development and execution of projects, and paves the way for social audit. 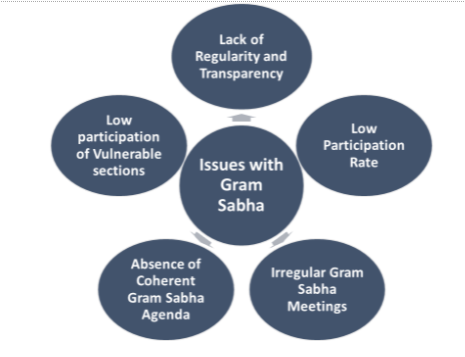 Recommendations to Increase the Efficiency of Gram Sabhas:

The MoPR has come a long way toward strengthening PRIs and achieving local self-governance goals. Further, the PRIs ought to be strengthened to accomplish the mandate of the 73rd Constitutional Amendment in order to ease the life of 65% of the population in India.

What is Financial Devolution?

The structure of the Indian Panchayati raj system is built on the principle of democratic decentralisation. No democratic system can continue unless adequate money is provided to meet the fundamental needs of the rural community through local initiatives.

Improvement and refinement of the National Panchayat Awards is a continuous policy intervention that may be done from time to time.

Read more on the Svamitva Scheme in the link.

Components involved in the implementation flow

As the state and central governments gear up to implement this scheme, it will be important to ensure the programme includes four key things:

The unveiling of the Svamitva scheme demonstrates the Centre’s political determination to build dependable land records, which has been long overdue. The state and federal governments should carry out the real implementation, which would go a long way toward strengthening the financial power and independence of the Gram Panchayats, the local self-governance organizations. 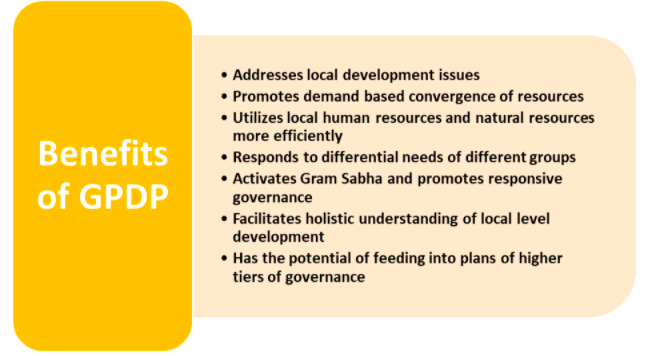 The Constitution’s Article 243G is designed to strengthen Gram Panchayats (GPs) by allowing state governments to devolve responsibilities for local planning and execution of economic development and social justice programmes. Latak village in Assam has found a novel cost-effective way to connect flood-affected areas — a bridge made out of neatly stacked bamboo with the help of village panchayats. The panchayat planned the project after deliberations with villagers and funded it from its own resources: an example of complete decentralization of planning.

In most cases, planning is a highly technical endeavour. It is vital to involve the public in the planning process, conduct a large-scale training exercise and ensure funding for efficient planning, accounting, and auditing of the panchayats.

The apparent side-effect of economies pursuing indiscriminate market-based growth and individuals pursuing a consumerist lifestyle is ‘unmanageable waste creation.’ At the end of the day, the Gram Panchayat (GP) is responsible for cleaning up all of the waste.

What is the meaning of Localizing?

Dashboard for the Panchayats: 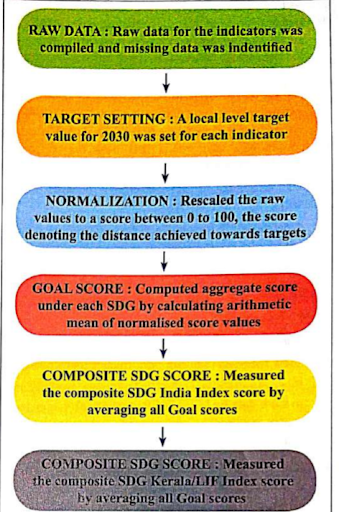 States and UTs are implementing a variety of steps to achieve the SDGs, in keeping with the country’s long-standing federal history. The state-led localization procedures have yielded some fascinating outcomes, and there are a few early lessons that need to be learned in order to fine-tune the approach to localisation.

Panchayat Raj is a governance system that prepares the path for excellent government. A few panchayats in the country have received ISO certification, with the goal of establishing an e-office that would progressively turn into online administration through paperless communication.

What is ISO Certified Gram Panchayats?

Digital government constitutes the most important trend of reforms at the local level. This article analyses the current state of digitalization in local governance in India.

Considering the emergence of frontier technologies such as artificial intelligence and machine learning, the Ministry of Panchayati Raj (MoPR) is in the process of bringing several improvements in local e-governance.

The People’s Plan Campaign will undertake large scale and special efforts to ensure maximum participation of people in local self-governance.

What is the People’s Plan Campaign? 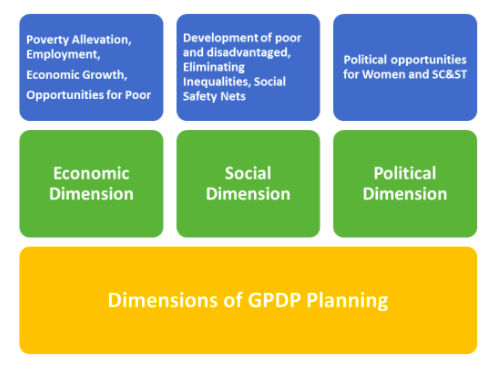 IEC plays a critical role in raising awareness among all stakeholders about various aspects of safe drinking water, its use, creating demand, protecting, and maintaining water sources.