Mains: The details about the economic crisis in Pakistan, its discussions with the IMF and the path ahead.

The economic crisis in Pakistan.

The discussions between IMF and Pakistan

Conditions put forth by IMF

Path ahead for Pakistan

Pakistan is currently facing one of the most severe economic and energy crises in the country and requires some bold interventions from the new government to get the assistance from IMF, which can eventually help Pakistan address the crisis.

Mains: Details about ONDC and the need for the formation of ONDC

The Union Government has announced the launch of the pilot phase of the open network for digital commerce (ONDC) in five cities.

Reasons for the formation of ONDC

The ONDC platform is expected to revolutionise the e-commerce sector and make it more inclusive and accessible for consumers by simplifying the process of cataloguing, inventory management, management of orders and the fulfilment of orders.

1. A turning point for Ukraine and its women’s rights

Syllabus: Mechanisms, laws, institutions and Bodies constituted for the protection and betterment of women.

Mains: Significance of ratifying the Istanbul Convention for Ukraine

Verkhovna Rada, which is the parliament of Ukraine passed a Bill that ratified the Istanbul Convention.

Significance of ratifying the Istanbul Convention for Ukraine

The ratification of the Istanbul Convention is considered a huge milestone for Ukraine and the move has been welcomed by various human rights activists within the country as well as several international organisations. However, it is to be seen how Ukraine implements the provisions of the convention amidst its present situation and economic downfall.

Mains: Details about the coal crisis in India and its reasons

In the backdrop of the continued coal shortage, India’s power demand has reached a record high of 211 MW.

Reasons for power crisis in India 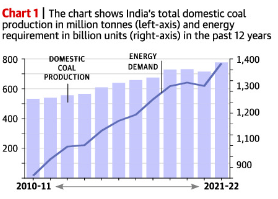 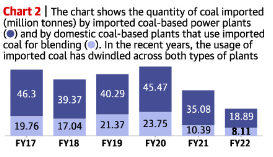 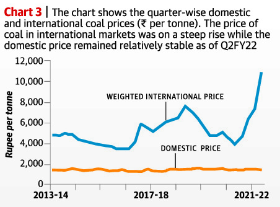 Despite being the second-largest producer of coal and the availability of reserves that could last up to 100 years, India is experiencing an acute shortage in coal supplies as the efforts to ramp up the supply of domestic coal have not bridged the gap between the requirement and the supply of coal and the skyrocketing prices of coal in the international markets has further impacted India’s imports.

How many of the above pairs is/are correctly matched?