The issue has been covered in 11th September Comprehensive News Analysis under GS Paper 2 International Relations. Click here to read. 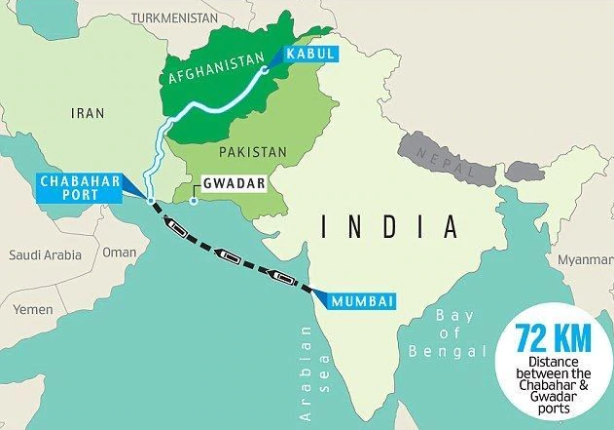 The UN Security Council (UNSC) has allowed Jamaat-ud-Dawa (JuD) chief and the 2008 Mumbai attack mastermind Hafiz Saeed access to his bank account, which had been frozen because of the sanctions, after Pakistan made a plea on his behalf.

An internal working group, formed by the Reserve Bank of India (RBI) to review the current liquidity management framework has sought more flexibility on liquidity.

Why was it placed under restrictions?

Restrictions imposed by the regulator can do more harm than good?

It is defined as small-sized units in the co-operative sector, operate both in urban and non-urban centres. These banks have mostly been centered on communities and localities lending to small borrowers and businesses. Traditionally, the co-operative structure is divided into two parts–rural and urban.

The Rural Cooperative Credit system in India is primarily mandated to ensure flow of credit to the agriculture sector. The short-term co-operative credit structure operates with a three-tier system –

How are they regulated?

Many of the regulatory norms applicable to a commercial bank also apply to cooperative banks, which is comforting.

Why people save their money in cooperative banks over commercial banks?

2. Can the Indian economy ride out the storm?

Steps that can be taken up

1. Childhoods lost in a troubled paradise

A look at reports

These disappearances are in clear breach of the Supreme Court’s directions in the D.K. Basu case

Kashmir’s children have become Pawns in a political game

Such unlawful detentions leaves a lifelong impact on children, perpetuating a cycle of trauma, fear and bitterness.

Such treatment of children is undoubtedly in violation of multiple laws and conventions.

However, none of these laws and directives seem to be followed in Kashmir.

How it harms Children?

Anaemia is a condition in which a person has a lower-than-normal number of red blood cells or quantity of haemoglobin, which reduces the capacity of their blood to carry oxygen and can lead to a number of health problems, and even death. A parasitic infestation can cause malabsorption of essential nutrients, which, in turn, can cause anaemia, which is why de-worming tablets are also distributed under the existing iron and folic acid supplementation programmes. The reduction of anemia is one of the important objectives of the POSHAN Abhiyaan. Complying with the targets of POSHAN Abhiyaan and National Nutrition Strategy set by NITI Aayog, the Anemia Mukt Bharat strategy has been designed to reduce prevalence of anemia by 3 percentage points per year among children, adolescents and women in the reproductive age group (15–49 years), between the year 2018 and 2022.

Economic Advisory Council is a non-constitutional and non-statutory, non-permanent and independent body. It is constituted to provide sound policy advice in key areas such as reviving economic growth and creating enabling conditions for gainful employment. The body comprises of economists of high repute and eminence. The body is constituted to provide advice on economic issues to the government, specifically to the Prime Minister. The advice of the EAC-PM would be either on reference from the PM or suo-motu. It submits periodic reports to PM related to macroeconomic developments and issues which will have implications of the economic policy.

IPCC is a scientific body formed in 1988 by WMO (World Meteorological Organisation) and UNEP. It functions under UNFCC. The 2007 Nobel Peace Prize was shared, in two equal parts, between the Intergovernmental Panel on Climate Change (IPCC) and Al Gore – an American politician and environmentalist “for their efforts to build up and disseminate greater knowledge about man-made climate change, and to lay the foundations for the measures that are needed to counteract such change”.

AJANTA Caves are India’s greatest historical monument recognised by UNESCO as a world heritage site and is considered masterpieces of Buddhist religious art. It is located in Aurangabad district, Maharashtra. Ajanta caves are recognised as World Heritage Site by UNESCO. The themes of paintings in Ajanta caves include life of Buddha, Jatakas and Avadanas. There are 29 caves in Ajanta. The cave complex comprises of five chaityas (prayer hall with a stupa at the far end) and the rest are vihara (monastery).