Yojana Magazine is an important source of material for the UPSC exam. The monthly magazine provides details of major government schemes and programmes in various domains. Moreover, coming from the government, it is an authentic source of information for the UPSC Exam. Here, we provide the Gist of Yojana, exclusively for the IAS Exam.
TABLE OF CONTENTS

Chapter 1: India As a Space Power

Space and satellites are becoming increasingly important. With a large number of space assets, India has emerged as a major player in the global space competition.

Achievements of the Indian Space Program 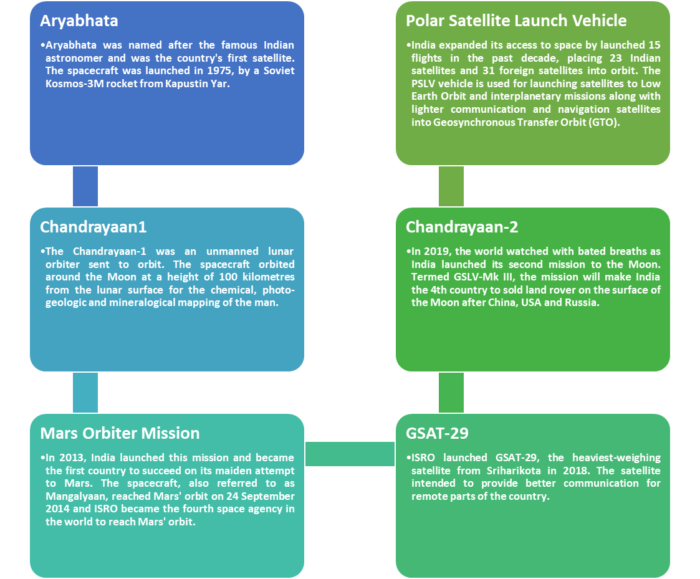 Significance of Space Program for India: –

To carry forward the government’s intention to liberalise the space sector and allow more private players to use ISRO facilities for developing, launching, and deploying a variety of applications, the government should take appropriate measures as soon as possible to enable the private sector to ensure that India remains at the forefront of the global space industry.

What is Swadeshi Economics?

India as an Agricultural Powerhouse of the World India has undergone a historic agricultural revolution, transforming the country from a chronic reliance on grain imports to a global agricultural powerhouse and net food exporter. Step-by-step efforts must be made to move India closer to self-sufficiency in these crops, thereby enhancing the country’s food security.

Since 1947, India’s economic journey has seen its share of ups and downs. India, once referred to as a “third world country,” a designation for poor developing countries that has since become obsolete, is now one of the world’s largest economies.

What is Economic Transformation?

Economic transformation is a long-term process of shifting labour and other resources from lower- to higher-productivity activities both within and across sectors, resulting in more diversified and complex productive activities.

During the 1990s, the process of liberalization that began in the mid-1980s to make the Indian economy more accessible to trade and external flows picked up speed. The goal was to increase the efficiency of the Indian economy by lowering trade obstacles like import tariffs. The pace of reform remains rapid, with important reforms including the historic Goods and Services Tax, the Insolvency and Bankruptcy Code, and Ease of Doing Business reforms, among others, being implemented. All of them are expected to contribute to an ever-expanding and dynamic economy, as well as promote additional economic growth. The year 2022, when India celebrates 75 years of independence, is the new milestone on which the country has set its sights.

High population and economic expansion put strain on existing infrastructure, causing bottlenecks. Transportation, electricity, communication, and sanitation are just a few of the fundamental services that will need to be expanded to fulfil the demands of an ever-increasing population. Poor infrastructure will cause GDP bottlenecks, poverty, and raise the cost of key services. The media serves an important role in democracies such as India, where it is regarded as the society’s fourth pillar. Media is a powerful medium of communication; it aids in the transmission of knowledge, the debunking of erroneous beliefs, and the correction of inaccurate or obsolete information. 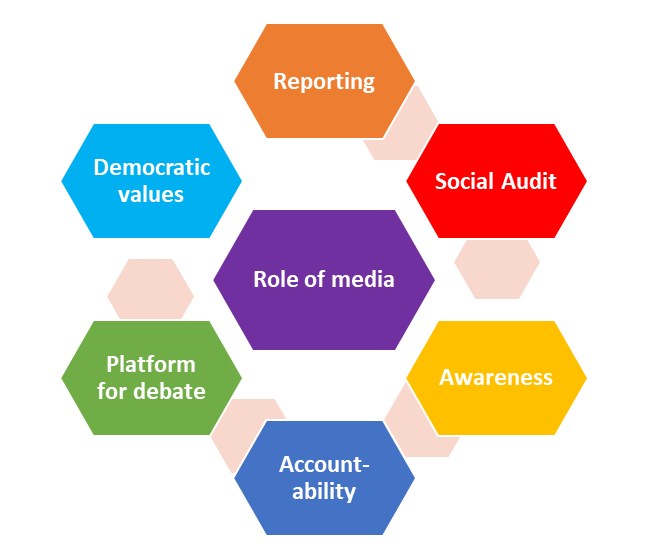 The media should be objective and free of propaganda. It should give the public a balanced picture. The media informs and educates the public on national and worldwide political and other human realities that occur in daily life.

The system implies “forced exclusion” of one caste from the rights of other castes. Exclusion and discrimination in civil, cultural, and economic sphere, is therefore, internal to the system and a necessary outcome of its governing principles.

The nature of caste-based exclusion is described as “living mode exclusion” in political participation and exclusion and disadvantage in social and economic opportunities.

In the absence of legal provisions for affirmative action policy, the State has been using ‘general programmes’ for the inclusion, uplift, and empowerment of the SCs in the economic, educational, and social spheres.

Compensatory Measures: To overcome the multiple deprivations inherited due to exclusion in the past and to bring them on par with others involving land reforms and political representation

Protective Measures: Recognising violence and caste-based discrimination meted out to Dalit communities; the Protection of Civil Rights Act (PCRA) and the SC/ST Prevention of Atrocities Act (SC/ST POA) were promulgated to protect and prevent violence on them.

Promotional Measures: In order to address continuing discrimination and promote their active participation in the growth and development of the country, reservation in education, employment, and special economic provisions have been set in place. How the Caste System Affects Citizens?

To conclude, group formation is common and natural to human beings, and hence, special efforts and interventions need to be taken to oversee that they do not turn negative based on prejudices, stereotypes, and protection of privileges be promoted both at the state and civil society levels. International mechanisms and solidarity can support both state and civil society in taking them forward.

The most crucial part of our country’s development is skill development. India has a large ‘demographic dividend,’ which implies it has a lot of potential to supply trained personnel to the market.

What is Skill Development?

Challenges to skill development in India:-

As India strives to be one of the world’s most successful economic growth stories in the twenty-first century, it is critical that it ensures that its rapidly expanding workforce is capable of dealing with oncoming shocks and finding acceptable employment. And, rather than waiting until tomorrow, today is the time to address India’s problem of untrained workers and correct its skilling projects.