Meaning and Challenges of Power

Power is one of the basic components of infrastructure, that defines the country’s economic development and the quality of life of an individual. Power is the most visible form of energy, that is generally known as electricity. Out of all the power resources available for consumption in India, thermal sources counted 67 percent of power production capacity, 14 percent Hydel power, and 2 percent nuclear power.

Challenges of Power Sector in India

Sources of Electricity in India 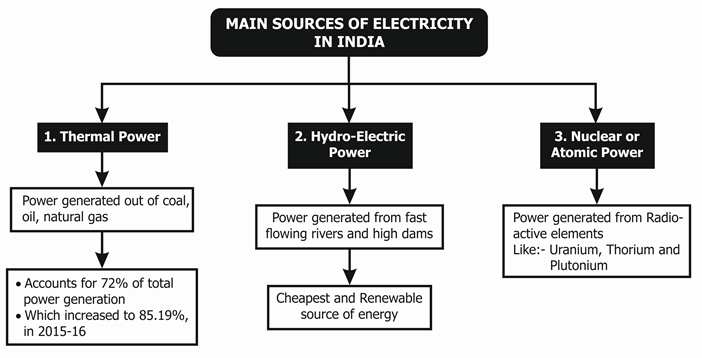 You might also want to know: Economic system in India