Foreign Trade in India During the Colonial Rule

Foreign trade means the exchange of goods and services between two or more countries/borders or territories. From the time of Independence India has been one of the important trading countries, exporting primary items like cotton, raw silk, sugar, wool, jute, and indigo, etc. And importer of finished consumer goods like woolen clothes, cotton, silk, and capital goods like light machinery manufactured in Britain.

During this period, Britain held the monopoly of over India’s imports and exports. Therefore, most of the foreign trade was restricted only to Britain and other was while the rest half was allowed to trade with other countries like Ceylon (Sri Lanka), China, and Persia (Iran).

India was a large exporter in the colonial period, however, it did not affect the country’s economy. Commodities like food grains, clothes, kerosene hit the country hard with its scarcity. 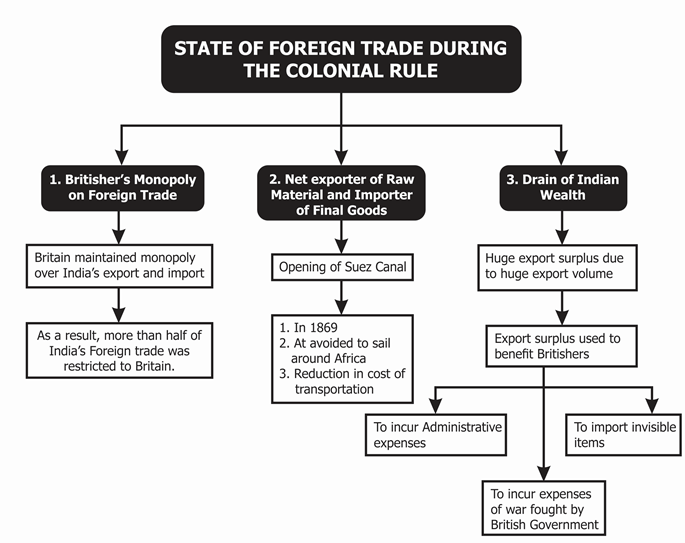