1. Modi in America: ‘Strategic autonomy,’ ‘non-alignment’ in his diplomatic lexicon

1. Pak. witnesses to be called to testify in Samjhauta case

2. Convergence, but hard choices ahead

4. Missing the wetlands for the water

2. To Read: From plate to plough: Catching the Sun

2. The Financial Express: Will India become a warning for others in protecting intellectual property?

3. The Business Line: Why this obsession with fiscal deficit?

a) Centre may set up agency for analysing services trade data

C) Anti-dumping duty imposed on import of chemical from US, China

Note: Suggest other methods to decongest our cities

(The technology was first used by a U.S.-based company during Hurricane Katrina so that the affected residents could remain in touch with each other)

He is known for his strong political views as well

He took his anti-racism polemic to another level with conversion to Islam early in his reign as heavyweight champion of the world. He refused to be drafted into the U.S. Army in Vietnam in 1967, and relinquished his title, and four years of his sporting prime, in becoming a conscientious objector exhorting his countrymen to settle the more important, internal war against racism. The words are telling: “No, I’m not going 10,000 miles from home to help murder and burn another poor nation simply to continue the domination of white slave masters of the darker people the world over.” His emergence as a counter-cultural icon of the 1960s inspired other African-American athletes in different professional sports, basketball in particular. Ali transcended boxing, and then transcended sport

4. Missing the wetlands for the waterTopic: Environment – Conservation(Role of executive)

Practical Ways to Live With Leopards and Minimize Danger to Ourselves

b) Suresh Prabhu launches Tiger Express train on the World Environment Day In terms of Budget Announcement 2016-17, Minister of Railways today flagged off the inaugural run of the Tiger Trail Circuit

The train with 5 days/6 nights itinerary will start from Delhi Sufdarjung railway station and travel via Katani, Jabalpur, Bandhavgadh, Kanha. The semi-luxury train will take the guests onboard to the world famous Bandhavgarh and Kanha National Parks in Madhya Pradesh. In addition the trip will also take tourists to Dhuadhar Waterfall in Bedhaghat near Jabalpur

Speaking on the occasion, the Railway Minister said that Indian Railways is fully committed to address environmental issues. Now there is a separate, dedicated Environment Directorate in the Ministry of Railways 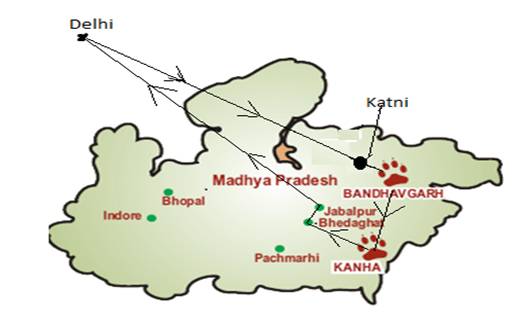 C). PM Narendra Modi conferred with the Highest Civilian Honour of AfghanistanThe Prime Minister Shri Narendra Modi has been conferred with Amir Amanullah Khan Award, Afghanistan’s highest civilian honour. He was bestowed the honour by President Ashraf Ghani after the inauguration of the landmark Afghan-India Friendship Dam in Herat

King Amanullah advanced Afghanistan’s modernist constitution, incorporated equal rights and individual freedom. He modernised the country, creating cosmopolitan schools for both boys and girls and also increased Afghanistan’s trade with Europe and Asia. The vision of King Amanullah for an independent and modern Afghanistan remains as relevant today as ever

King Amanullah had strong ties with India, and moved here briefly in 1929. His affectionate ties for the country continue to be reflected in the strong partnership between the two nations

2. The Financial Express: Will India become a warning for others in protecting intellectual property?Topic: Economy

3. The Business Line:  Why this obsession with fiscal deficit?Topic: Economy

Category: India after independence/Lessons from History

a) Centre may set up agency for analysing services trade dataThe Centre will soon establish an institutional framework for better collection and analysis of data on India’s services export and import.

To ensure legal certainty to the framework, there is a proposal to incorporate the above said provisions as amendments to the Collection of Statistics Act, 2008. A new law is also being considered as the Collection of Statistics Act is not specific to services sector.The nodal agency on services trade data could be the Directorate General of Commercial Intelligence and Statistics (DGCI&S, which currently compiles and analyses only goods trade data) or an entirely new one

b) India’s black economy shrinks, says Ambit Capital ResearchPegging India’s ‘black economy’ at over Rs.30 lakh crore or about 20 per cent of total GDP, a new study said it has been contracting gradually over the years but still remains bigger than the overall economic size of countries like Thailand and Argentina

A majority of this black money is locked up in physical assets such as real estate and gold, it added.

c). Anti-dumping duty imposed on import of chemical from US, ChinaAnti-dumping duty of $0.277-0.404 per kg has been imposed on a compound, used in the pharmaceutical industry, imported from the US and China to protect domestic makers from cheap shipments.