Secularism is defined as the separation of state from the influence and functioning of all religious institutions.

Although the general meaning is nominally the same in all democratic setups, its application varies from region to region. This article will elaborate upon how secularism in the West is different from that of secularism in India.

Secularism is enshrined in the Constitution of India through the 42nd Amendment. Thus the concept of secularism is important in the UPSC Exams. 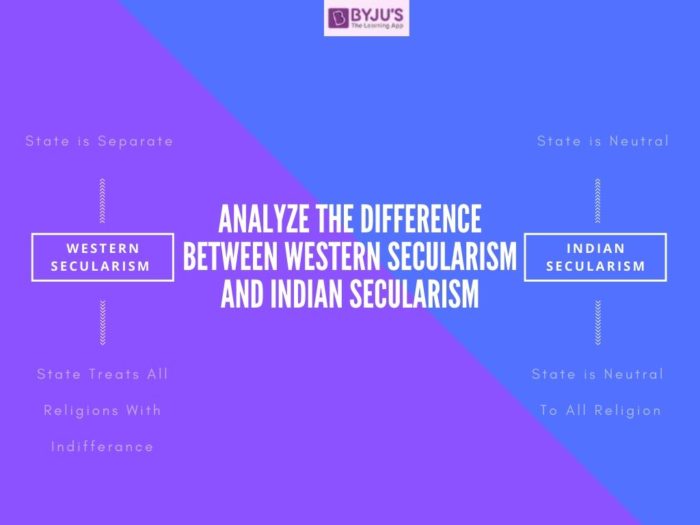 You can find similar topics and other topics related to the polity segment refer to the links given below:

Is India a secular country?

The term “Secular” was also incorporated in the Preamble through the 42nd Amendment in 1976. It means that there is no state religion and all the religions will be equally respected.

What is a non-secular state? Give examples.

Non-secular states have an official state religion and sometimes, equal importance to all the religions is not given. For example – Saudi Arabia, which is officially a Muslim country.

You can get a general idea of the exam by visiting the UPSC Syllabus page. For more preparation materials, you can refer to the links given below: