The topic ‘Soil’ is important for IAS Exam – Geography subject that comes under Mains GS-I. This article will brief you about soil, the different types of soils in India and their characteristics, soil erosion and importance and ways of soil conservation.

The loose material or the upper layer of the mantle rock (regolith – a layer of loose, heterogeneous material covering solid rock) consisting mainly of very small particles and humus which can support the growth of plants is known as “soil”. Soil mainly consists of mineral/rock particles, portions of decayed organic matter, soil water, soil air and living organisms. The major factors that influence the formation of soil are parent material, relief, climate, vegetation, life forms and time.

In general, soil is composed of four elements:

Soil is formed under specific natural conditions and each of the elements of the natural environment contributes to this complex process of soil formation known as “pedogenesis”.

The soil profile is a vertical cross-section of the soil, made of layers parallel to the surface. Each layer of soil has a different texture and is known as the horizon.

Underneath these three horizons is the rock which is known as the parent rock or the bedrock.

Different Types of Soil in India

In the ancient period, soils were mainly classified into two – Urvara (fertile) and Usara (sterile).

The first scientific classification of soil was done by Vasily Dokuchaev.  In India, the Indian Council of Agricultural Research (ICAR) has classified soils into 8 categories. They are:

As mentioned before, there are eight types of soils categorized by ICAR but some Indian Soils like – Karewa soil, Sub-Montane Soil, Snowfield, Grey/Brown Soil are all sub-types of main Indian Soil. Let’s read about them one by one:

Types of Soil in India – Black or Regur Soil 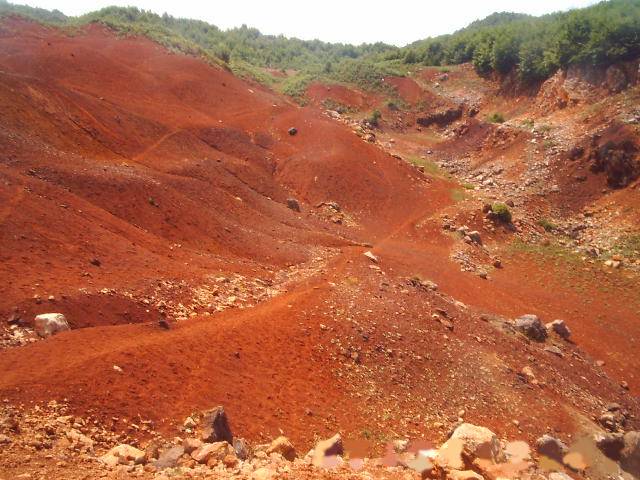 Types of Soil in India – Peaty and Marshy Soils

Types of Soil in India – Saline and Alkaline Soils 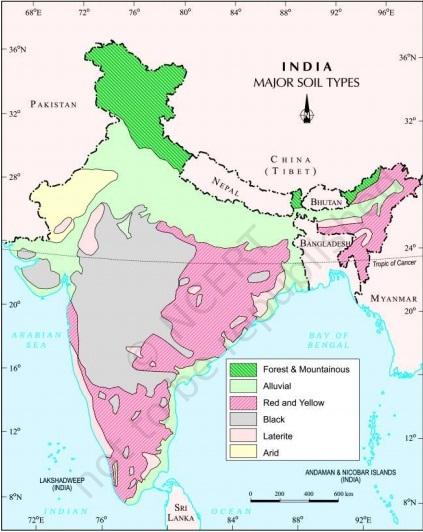 Types of Soil in India – Red and Black Soil

These are developed over the granite, gneiss, and quartzite of the Precambrian and Archean eras. This soil performs well if irrigated. Generally, this soil has very little productivity.

These soils are found in Rajasthan and Gujarat. It is formed by the weathering of granite, quartzite and gneiss. These loose, friable soils contain iron oxide (haematite and limonite).

These are formed by the deposition of eroded material from Shiwaliks and the lesser Himalayas. These are found in the Tarai region of the submontane stretching from Jammu and Kashmir to Assam. The soil supports a luxuriant growth of forest and is more prone to soil erosion.

This soil was found under the snow and glaciers at the highest peak of the greater Himalayas, Karakoram, Ladakh, and Zaskar. This soil is immature and unsuitable for crops.

Karewa soils are the lacustrine deposits in the Kashmir valleys and Bhadarwah Valley. The fine silt, clay, and boulder gravels are the composition of Karewa soil. They are characterized by fossils. These soils are mainly devoted to the cultivation of saffron, almonds, apple, walnut, etc.

Classification of Indian Soil as per USDA

The ICAR (Indian Council of Agricultural Research) has classified the Indian soil on the basis of its nature and characteristics as per the United States Department of Agriculture (USDA) Soil Taxonomy. 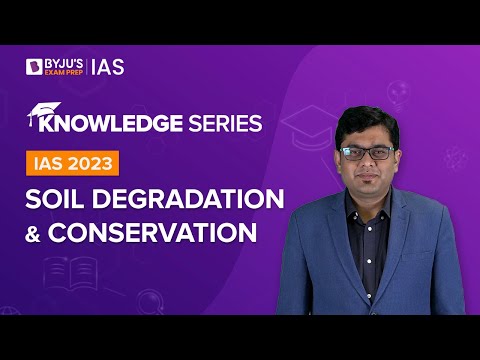 Soil erosion refers to the removal of topsoil. The formation of soil and the erosional processes occur simultaneously and generally, there is a balance between the two processes. However, sometimes the balance gets disturbed leading to faster removal of soil than its formation which results in soil erosion.

Every year India loses millions of tonnes of soil and its nutrients to the agents of its degradation, which adversely affects our country’s productivity.

Soil conservation is a methodology to maintain soil fertility, prevent soil erosion and improve the degraded condition of the soil. Soil conservation practices are those farming operations and management strategies conducted with the goal to control soil erosion by preventing or limiting soil particle detachment and its transport in air or water.

Get more NCERT Geography Notes for UPSC in the linked article.

Candidates can read other such Geography articles linked in the table below:

1. Which of the following statements regarding laterite soils of India are correct? (UPSC Civil Services Preliminary Examination- 2013)

2. Salinization occurs when the irrigation water accumulated in the soil evaporates, leaving behind salts and minerals. What are the effects of salinization on the irrigated land? (UPSC Civil Services Preliminary Examination- 2011)

Frequently Asked Questions related to Classification of Soils in India

How many types of Soil deposits are there in India?

There are eight soil deposits in India. They are alluvial soil, black soil, red soil, laterite soil, desert or arid soil, and forest and mountainous soil, peaty or marsh soil and Saline or alkaline soil. These soils are formed by the sediments brought down by the rivers. They also have varied chemical properties..

Where do we get black soil?

What are the characteristics of black soil?

The black soils are made up of extremely fine i.e. clayey material. They are well-known for their capacity to hold moisture. In addition, they are rich in soil nutrients, such as calcium carbonate, magnesium, potash and lime etc.

Which state has highest deposits of alluvial soil in India?

Alluvial soil is found in the regions of Indo-Gangetic plains, Punjab, Haryana, Uttar Pradesh, Bihar, West Bengal, Assam as well as in the northern parts of Gujarat. Uttar Pradesh has the highest deposit of alluvial soil in India.

Where do we get peaty and marshy soil in India?

Peaty and marshy soils are found in regions of heavy rainfall and high humidity, and it supports the good growth of vegetation. Southern Uttarakhand, the northern part of Bihar, and the coastal areas of West Bengal, Odisha and Tamil Nadu have good deposits of peaty and marshy soils.

What is the reason for less water penetration in the desert soil?

Due to increased calcium content in the lower horizons of the soil, there is the formation of ‘kankar’ layers. These kankar layers restrict the penetration of water and as such when water is made available through irrigation, the soil moisture is readily available for sustainable plant growth.

Where is red soil found in India?

Which crops are grown in Red soil?

Red soil is suitable for the cultivation of rice, ragi, tobacco, groundnut and potatoes.

What is the purpose of soil classification?

Soil classifications tells about soil’s texture and the ability of water to penetrate it. Soil classification helps farmers, gardeners, engineers, stormwater management experts, community planners, and many other professionals and hobbyists plan what to grow, what to build, and where to build.