The hydrological cycle is also known as the “water cycle”; it is the normal water recycling system on Earth.  It is the sum total of all processes in which water moves from the land and ocean surface to the atmosphere and back in form of precipitation.

Every year March 22 is observed as World Water Day and UPSC aspirants can know more about the same at the linked article.

Get NCERT notes on important topics for the IAS aspirants. These notes will also be useful for other competitive exams like banking PO, SSC, state civil services exams and so on. This article talks about the Hydrological cycle.

Distribution of water on the surface of the earth 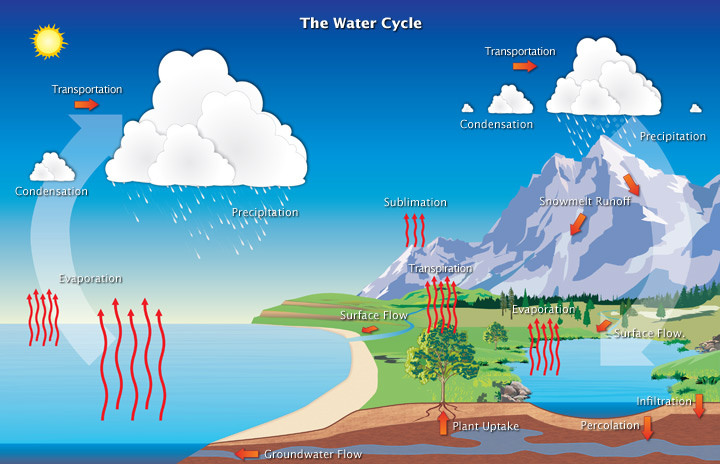 Hydrological Cycle Processes – Components and Processes of the Water Cycle

Get NCERT Notes on Evaporation And Condensation at the linked article for UPSC preparation.