The National Bee Board was constituted in the year 2000 by the Small Farmers’ Agri-business Consortium (SFAC) with the objective to develop beekeeping in India and improve it. The board was registered as a ‘society’ following the guidelines of the Societies Registration Act, 1860. It was reconstituted in June 2006.

As a part of the UPSC Syllabus, this topic requires thorough attention on the part of the students. You are required to go through the details stated below. 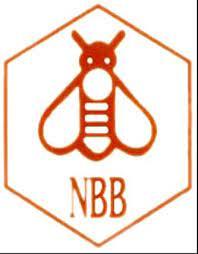 Objectives of the National Bee Board

Also known as the National Honey Bee Board, the society’s main objective is to promote scientific beekeeping and increase the sustainability of the process in India. This, in turn, has a direct impact on increasing the overall productivity of the crops by encouraging the process of pollination. Scientific beekeeping increases the production of honey which benefits the farmers and the beekeepers, sustaining their source of livelihood.

The National Bee Board contributes to the sustainable living of the farmers and the beekeepers. This further leads to the sustainability of the environment by proper maintenance of the ecological balance. Thus, for IAS Exam, you should know the board’s objectives and functions thoroughly.

Other related links for UPSC preparation:

The honey bee industry in the country is constantly benefitted by the contributions of the National Bee Board. According to the data collected by the Food and Agricultural Organization in 2017-18, globally, India ranks 8th when it comes to honey production. It is projected that India has the potential to have somewhat 200 million colonies for bees in the future. The present figure of bee colonies in the country is 3.4 million.

The increase in the overall count of bee colonies will be highly advantageous for the country’s agricultural income. This will have a positive impact on the production of other products derived from the honey bee industry, such as beeswax. The overall horticultural and agricultural productivity will find a surge with the increase in bee colonies. The Ministry of Agriculture and Farmers’ Welfare and the National Bee Board have brought up recent data showing a major surge in the amount of honey exported by India. These figures jumped to 51.5 thousand tonnes in 2017-18 from an initial figure of 29.6 thousand tonnes in 2014-15.

The National Bee Board UPSC syllabus will cover the details mentioned above with much importance. You are required to pay in-depth attention while going through these details.

One of the most important schemes brought up by the Government of India in this context is the Mission for Integrated Horticulture (MIDH) scheme. The objective of this scheme is to increase the pollination support for the horticultural crops in India.

The UPSC Prelims will include questions regarding this topic. The details analysed above must be studied with a critical view on the various related aspects.

Frequently Asked Questions on the National Bee Board

Which is the highest honey-producing state in India?

Which is the highest honey-producing country in the world?

China is the highest honey-producing country in the world. Being the largest beekeeping nation, China is also the largest honey exporter globally. The average annual honey production in China is somewhat 650,000 tons.

What is the National Beekeeping Honey Mission?

The National Beekeeping Honey Mission (NBHM) is a scheme implemented by the National Bee Board. The scheme aims for the holistic development of the beekeeping industry in the country.