NCERT notes on important topics for the UPSC civil services exam. These notes will also be useful for other competitive exams like banking PO, SSC, state civil services exams and so on. This article talks about the Education System in India during British Rule.

Modern education began in India under British rule. Before the British, India had its own educational systems like the Gurukulas and the Madrassas. The East India Company, during their first 60 years of rule didn’t care much for the education of those they ruled in India. (Even in England, universal education came about at a much later stage.) 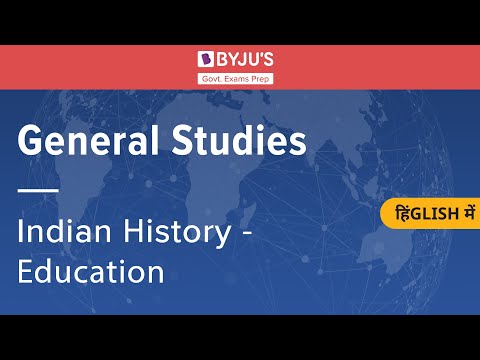 Wood’s Despatch (1854)
Assessment of the British efforts on education