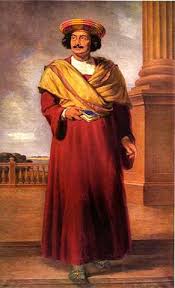 One of the greatest social and religious reformers of India, Raja Ram Mohan Roy was born on 22 May 1772. He was instrumental in having the administration ban the practice of Sati.

In today’s edition of This Day in History, you can read about the life and contributions of Raja Ram Mohan Roy towards the making of modern India. Socio-religious reformers are an important part of the UPSC syllabus.