In today’s edition of This Day in History, you can read about an important personality of Indian History, Mughal Emperor Abu’l-Fath Jalal-ud-din Muhammad Akbar, popularly known as Akbar the Great, for the IAS exam. 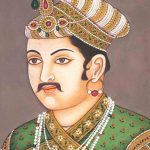 Candidates can find the general pattern of the UPSC Exams by visiting the UPSC Syllabus 2021 page.