The Total Fertility Rate (TFR) is a term often seen in the daily news. Its measurement is important to understand how a country is faring in its population control measures, and also for a better trend projection of the population. In this article, you can read and understand what exactly is meant by the Total Fertility Rate (TFR) of a country. This is an important topic for the UPSC IAS exam.

The total fertility rate is the average number of children that a woman will have during her lifetime. It is measured in terms of children per woman.

The TFR is calculated by adding up all the age-specific fertility rates, multiplying this sum by five (the width of the age-group interval), and then dividing by 1,000. Trends in Decline of TFR

In India, the TFR has steadily decreased over time.

a) TFR in Rural Areas:

b) State Wise Assessment of TFR: 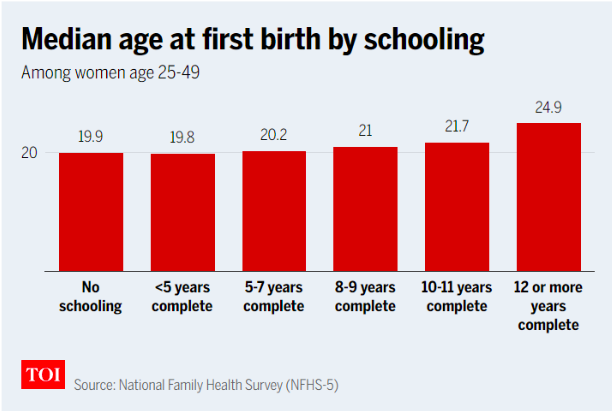 Reasons for Decline in TFR

The decrease in fertility is due to a number of factors, including improved contraception and government health and family welfare programmes.

Concerns with the reducing TFR: