The United Nations High Commissioner for Refugees (UNHCR) is an important programme under the United Nations. Such international bodies and programmes are very relevant for the UPSC exam. In this article, you can read all about the UNHCR, its functioning, mandate, objectives and India’s relations with it.

Aspirants would find this article very helpful while preparing on the topic of Social Issues, which is covered in the GS Paper I of the IAS Exam.

UNHCR, the UN Refugee Agency, is an international organisation working to saving lives, safeguarding the rights and providing a better future for refugees, forcibly displaced communities and stateless people. 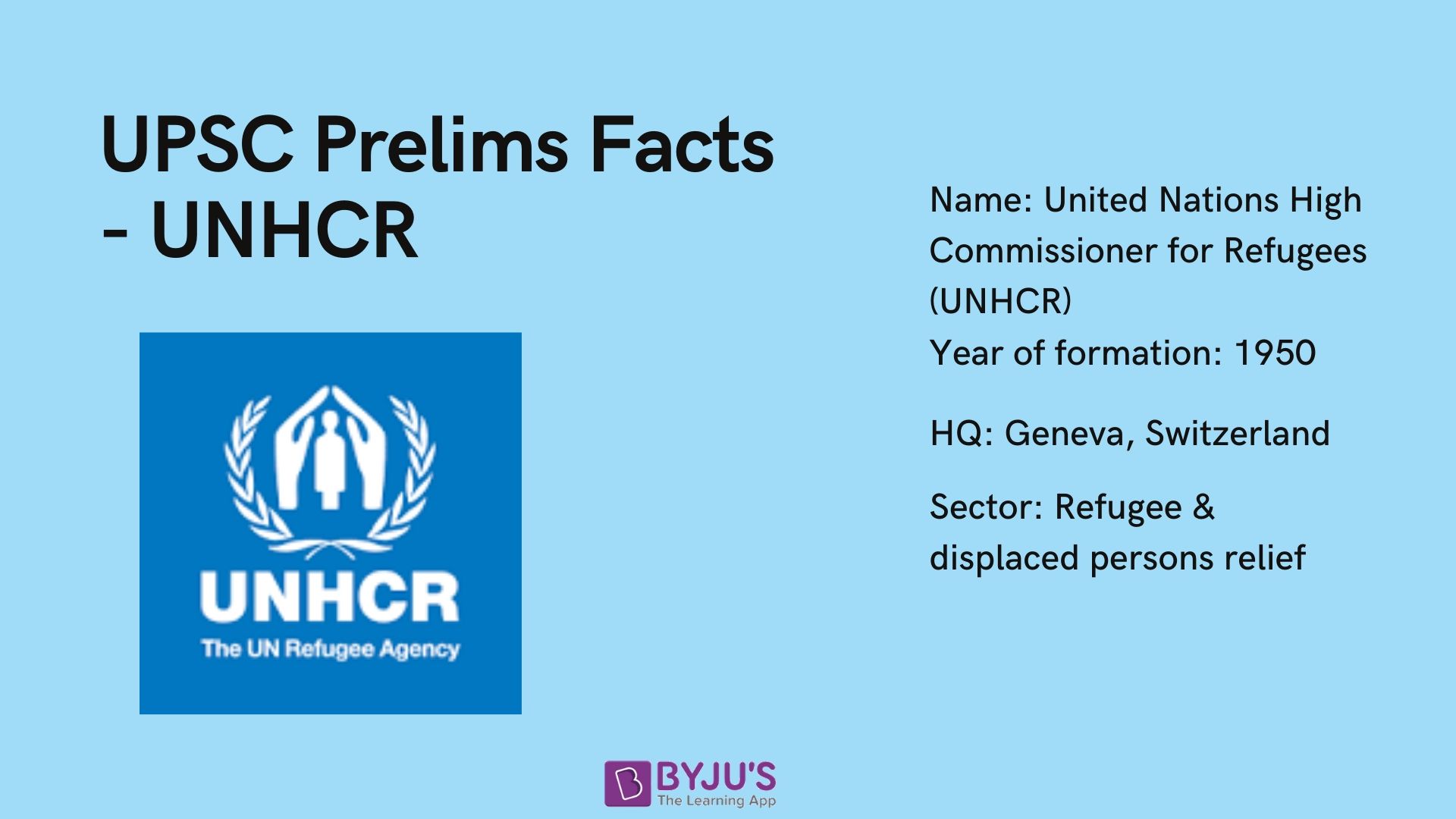 The 1951 Refugee Convention is a UN treaty that defines who a refugee is and establishes the rights of such persons and also of those who are granted asylum.

Read more on the UN Refugee Convention 1951 in the linked article.

The Protocol Relating to the Status of Refugees, alternatively known as the 1967 Protocol, is a major international document for refugee rights.

Even though India is not a signatory to the Refugee Convention and the Protocol, and also does not have a national refugee protection framework, it accepts a large number of asylum seekers and refugees into the country.

For more on the issue of migration, especially with respect to India, check the links in the table below: