Review of the monuments under the Archaeological Survey of India (ASI).

The U.S.-Taliban and U.S.-Afghanistan peace agreements.

Migratory wildlife list released by the Convention on the Conservation of Migratory Species (CMS). 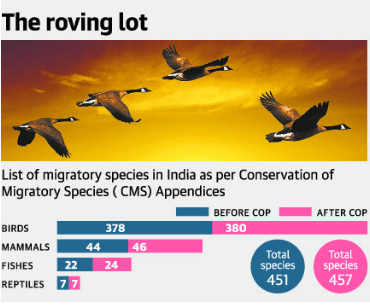 Study of water availability in the Himalayan region.

Protest marking the anniversary of the Punjab Land Preservation Act amendments by the Haryana Government.

A study of the wildlife fauna in and around Odisha’s Chilika Lake.

The reframed Tribunal rules notified by the Ministry of Finance.

Against the independence of Judiciary:

Non-judicial members of the tribunal:

No equal say for the judiciary:

The deal signed between the U.S. and the Taliban in Doha.

Exclusion of the Afghan government in negotiations:

The threat of violence:

The global spread of the coronavirus and the economic impact.