Super cyclone Amphan has weakened slightly and is expected to make landfall between Digha in West Bengal and Hatiya Islands in Bangladesh.

Cyclones are classified based on the wind speed around the low-pressure area.

Why the East Coast?

1. Behind new incidents, a changed dynamic along India-China border

A greater capability by India to patrol up to the Line of Actual Control (LAC) coupled with an increasingly assertive Chinese posture is fuelling new tensions along the border.

This issue has been covered in 13th May 2020 comprehensive News Analysis. Click here to read.

India and the U.S. plan to work together on vaccine research and testing for COVID-19, U.S. health officials said, listing a number of other ways in which the two countries are working together.

The Central Bureau of Investigation (CBI) has sent alerts to all the States, Union Territories and the Central agencies on a malicious software threat that uses an update related to the COVID-19 pandemic.

The Interpol had also launched an awareness campaign on cyber-threats during the COVID-19 outbreak, in coordination with the law enforcement agencies across the world.

The United Nations Office on Drugs and Crime (UNODC) has released a report titled ‘Synthetic Drugs in East and Southeast Asia’.

1. Criteria for ‘medium’ units to be revised

The government has decided to further revise the criteria for medium-sized units after changing the definition of MSMEs. 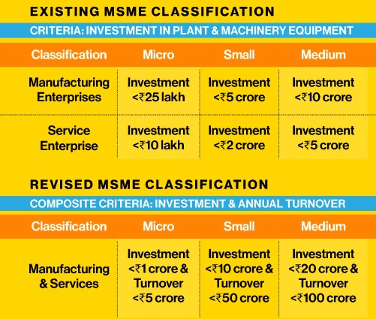 1. The changing nature of Chinese diplomacy

2. Pakistan as both terror perpetrator and victim

Threat by terrorism to Pakistan:

Terrorism as a global threat:

U.S. President Donald Trump has said he has been taking hydroxychloroquine (HCQ) to help ward off the COVID-19 infection.

India, a major producer of HCQ, had sent shipments of the drug to the U.S., days after Mr. Trump had asked India to lift a ban on the drug’s export.

Mass hatching of the Olive Ridley turtle eggs has ended at the Rushikulya rookery on the Odisha coast.

This topic has been covered in 26th March 2020 Comprehensive News Analysis. Click here to read.

Which of these is/are correctly matched?