Prelims: Important operations of the Indian Navy, Missiles and their features

Mains:  Contribution of the Indian Navy in assuring Maritime Security

Context: In order to recognise the relentless commitment of the Indian Navy and extend warm greetings to the courageous personnel, every 4th day of December is celebrated as Navy Day.

Turning the Pages of History:

Therefore India’s oceanic space and maritime interests are being secured and protected due to the unswerving efforts of the defence forces. The courage and contribution of the Indian Navy stands second to none.

Read more about Maritime Security in the linked article.

Prelims: Important facts about RE- HAB

Context: Khadi and Village Industries Commission (KVIC) replicated the project of Reducing Elephant – Human Attacks using Bees which is called as RE – HAB. This innovative project was carried out in Karnataka to prevent Human – Elephant conflict which raises a major concern towards the balance of ecology and economic activities. 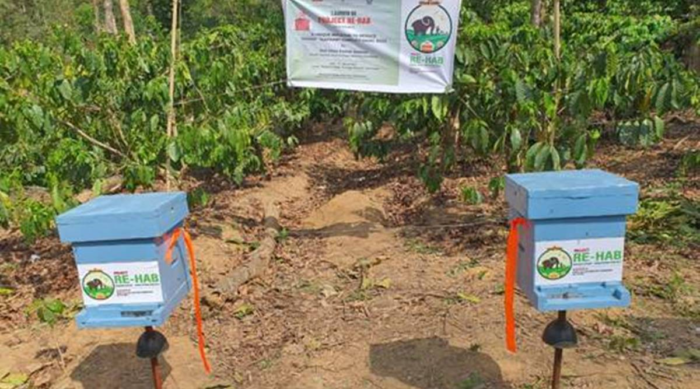 Image Taken from The Indian Express

The Underlying Principle of Using Bees:

Read more about Project RE – HAB in the linked article

Prelims: Facts about the Awards

Mains: The role of technology in education

Context: The Statement of Intent between NITI Aayog and Amazon Internet Services Private Limited has been extended to promote EdTech companies and startups with the help of a Master Class Series. This would function within the ambit of Atal Innovation Mission.

Read More about Atal Innovation Mission in the linked article Image taken from Times of India