Union Minister of Agriculture & Farmers released recombinant Enzyme-linked immune sorbent assay (ELISA) kits: one for Glanders and other for Equine Infectious Anaemia. Both these diseases are notifiable diseases in India and require special diagnosis for control and eradication in the country.

Glanders is a fatal infectious and notifiable disease of equines including horses, donkeys and mules. The disease is caused by a bacterium known as Burkholderia mallei and has zoonotic potential. The organism is also considered as potential bio-weapon and categorized under ‘Tier 1 Select Agent’.

NRCE has also developed recombinant p26 protein-based ELISA as an alternative to Coggin’s test. This technology will provide sustainable and homogeneous source of antigen and harmonized protocol to ensure regular surveillance of EIA.

DETAILS OF THE MODEL:

DETAILS OF THE PROJECT:

CONTEXT: The Ministry of Women and Child Development, Government of India, has launched an online campaign, ‘#www :  Web- WonderWomen’. 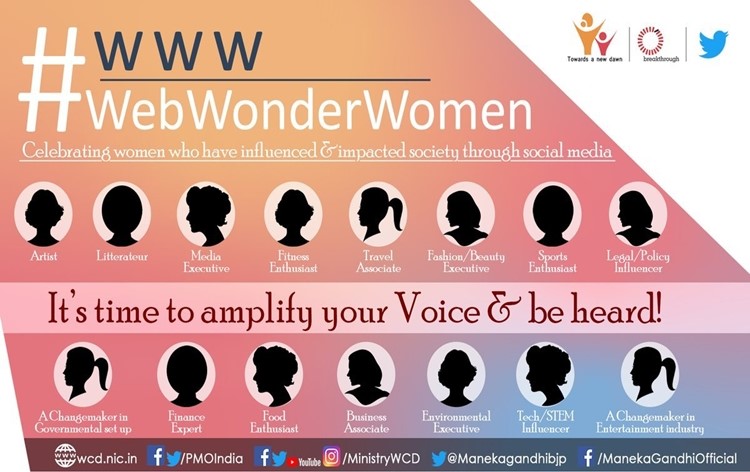 AIM OF THE CAMPAIGN:

The Campaign aims to discover and celebrate the exceptional achievements of women, who have been driving positive agenda of social change via social media.

DETAILS OF THE CAMPAIGN: