Classification of Carbohydrates and its Structure

Carbohydrate is a group of organic compounds occurring in living tissues and foods in the form of starch, cellulose, and sugars. The ratio of oxygen and hydrogen in carbohydrates is the same as in water i.e. 2:1. It typically breaks down in the animal body to release energy.

Cn(H2O)n is the generic formula for all carbohydrates. This formula is only valid for simple sugars, which are made up of the same amount of carbon and water.

Originally the term carbohydrate was used to describe compounds that were literally “carbohydrates,” because they had the empirical formula CH2O. Carbohydrates have been classified in recent years on the basis of carbohydrate structures, not their formulae. Such aldehydes and ketones are now known as polyhydroxy. Cellulose, starch, and glycogen are among the compounds that belong to this family.

What is the General Formula of Carbohydrates?

The general formula for carbohydrates is Cx(H2O)y.

Carbohydrates (or sugars) were originally believed to be “hydrates of carbon,” because they have the general formula Cx(H2O)y.

Definition of Carbohydrates in Chemistry

Chemically, carbohydrates are defined as “optically active polyhydroxy aldehydes or ketones or the compounds which produce units of such type on hydrolysis”.

In recent years, in many consumer products, sucrose has been replaced with corn syrup, which is obtained when the polysaccharides in cornstarch are broken down. Corn syrup is primarily glucose, which is as sweet as sucrose only about 70 per cent.

Carbohydrates are also called saccharides which is a Greek word it means sugar because almost all carbohydrates have a sweet taste. 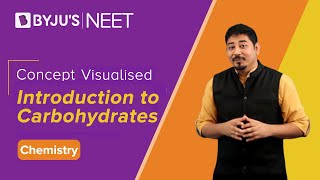 The term carbohydrate or hydrates of carbon is derived from its basic elemental formula in which carbon is joined to hydrogen and oxygen present in the same ratio as in water. Chemically carbohydrates are polyhydroxy aldehydes or ketones, their simple derivatives or their polymers.

Carbohydrates in grains are classified based on their chemical structures or their digestibility when consumed by humans as food or by livestock as feed. Simple carbohydrates which are sweet and soluble in water are also known as sugars or disaccharides and the ending of the names of most sugars is -ose. Thus, we have such names as sucrose for ordinary table sugar, glucose for principal sugar in blood and maltose for malt sugar.

Historically carbohydrates were defined as substances with the empirical formula Cn(H2O)m. The common sugars such as glucose and fructose or sucrose fit this formula, but nowadays the convention is to regard as a carbohydrate a polyhydroxy aldehydes or polyhydroxy ketone with the classical formula, a molecule closely related to it, or oligomers or polymers of such molecules. Their study evolved as a separate sub-discipline within organic chemistry for practical reasons – they are water-soluble and difficult to crystallise so their manipulation demanded different sets of skills from classical “natural products” such as terpenes, steroids, alkaloids, etc.

By the middle of the nineteenth century, a number of relatively pure carbohydrates such as sucrose, cellulose from cotton, starch, glucose, fructose, mannose and lactose were known to the chemists of Europe, especially in Germany. In 1878, Emil Fischer synthesized phenylhydrazine for his thesis at the University of Munich. In 1884 he further discovered that carbohydrates gave crystalline phenylosazone in which two phenyl hydrazines reacted with the aldehyde group and the carbon adjacent to the aldehyde group. 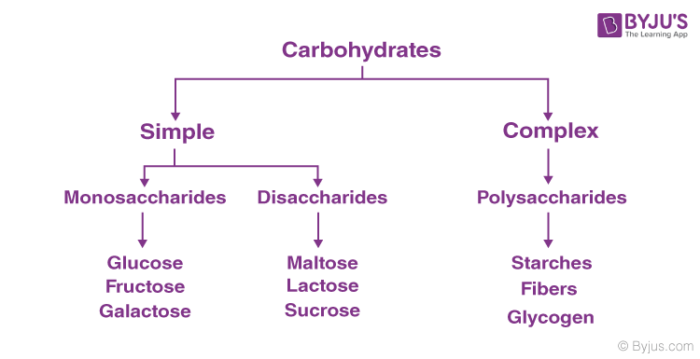 There is only one sugar unit in the monosaccharides, so they are the smallest of the carbohydrates. “The small size of monosaccharides gives them a special role in digestion and metabolism. (The prefix” mono- “means” one.) Before they can be ingested into the gastrointestinal tract, food carbohydrates have to be broken down into monosaccharides and they also flow in monosaccharide form in the blood.

Complex carbohydrates represent an important energy source for your body. They provide the sustained fuel your body needs for exercise, daily living activities and even rest.

The different types of carbohydrates can be classified on the basis of their behaviour in hydrolysis. They are mainly classified into three groups:

One of the most important monosaccharides is glucose. The two commonly used methods for the preparation of glucose are

Glucose is also called aldohexose and dextrose and is abundant on earth. 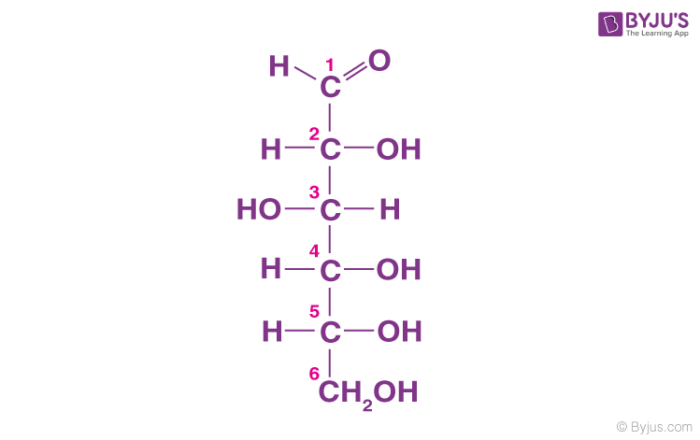 The cyclic structure of glucose is given below: 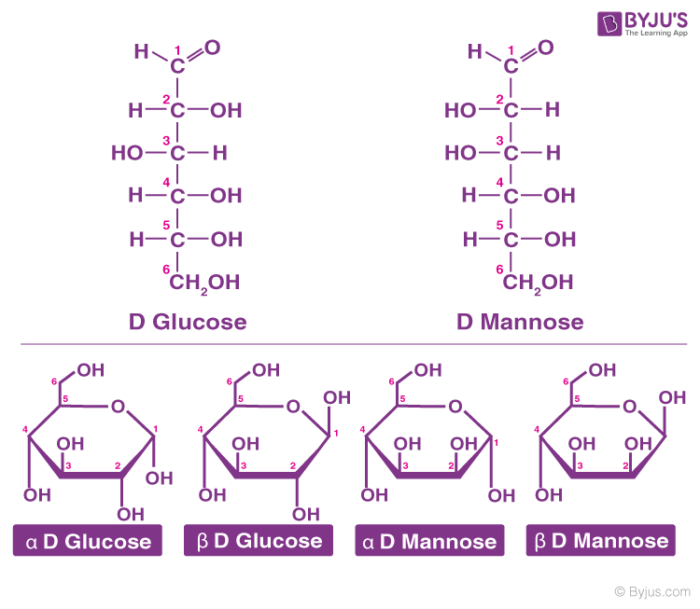 It is an important ketohexose. The molecular formula of fructose is C6H12O6 and contains a ketonic functional group at carbon number 2 and has six carbon atoms in a straight chain. The ring member of fructose is in analogy to the compound Furan and is named furanose. The cyclic structure of fructose is shown below: Here are a few examples of where you’ll find the most carbs:

What types of foods are carbohydrates?

Carbohydrates are present in a wide range of safe as well as unhealthy foods — bread, beans, milk, popcorn, potatoes, cookies, pasta, soft drinks, corn, and cherry pie. They come in a range of shapes too. The most natural and abundant types are sugars, starches and fibres.

What are the major functions of carbohydrates?

The four primary carbohydrate functions in the body are to provide energy, store energy, create macromolecules and spare protein and fat for other uses. Glucose energy is processed in the form of glycogen, with most in the muscle and liver.

What are the main carbohydrates?

What are the two sources of carbohydrates?

Healthy carbohydrate sources include both animal and plant food sources, such as fresh fruits, tomatoes, corn, potatoes, meat, and milk products. Examples that are not safe include soda, white bread, added sugar, pastries and other highly processed food.

What is a simple carbohydrate?

The body rapidly breaks down simple carbohydrates to be used as energy. Simple carbohydrates are naturally found in foods such as fruit, milk, and dairy products. In processed and refined sugars such as candy, table sugar, syrups and soft drinks, are also found.

What is a complex carbohydrate?

What is the difference between complex and simple carbohydrates?

Glycogen: These carbohydrates are stored mainly in the animal body. It is present in the liver, muscles, and brain. When the body needs glucose, enzymes break the glycogen.

Test your Knowledge on Classification of carbohydrates and its structure!
Q5