A low-pressure area over the Arabian Sea first concentrated into a depression and later intensified into a cyclonic storm named ‘Cyclone Tauktae’. The West Coast of India has been affected by the cyclone. It is the first cyclone of 2021.

Some brief facts about Tauktae Cyclone for the IAS Exam are given below:

In 2020, the following cyclones hit the Indian regions: 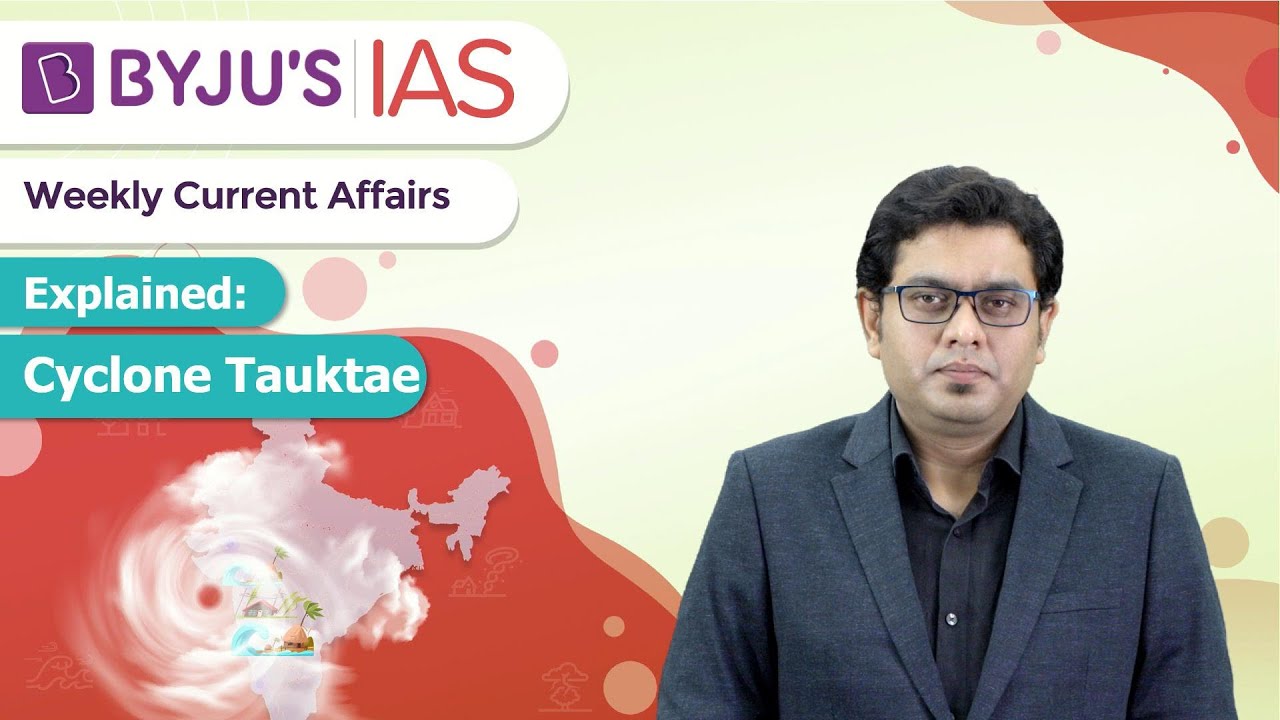 Due to global warming Arabian Sea has been warming up in recent years and Cyclone Taukate is the fourth cyclone in consecutive years to have originated from the sea. Typically, out of the average of five cyclones that develop annually in the Bay of Bengal and Arabian Sea region, four are formed over the Bay of Bengal (It being warmer than the Arabian Sea).

However, Arabian Sea water too is warming up which provides an ample amount of energy that enables the intensification of tropical cyclones. Cyclone Tauktae is the result of the same process where the warm waters of the Arabian Sea (up to the depths of 50 metres) led to a low-pressure system that underwent multiple stages of intensification to form a cyclone.

Indian Meteorological Department (IMD) is the Indian agency to monitor the development of tropical cyclones in its area of responsibility and provides advisory information to ICAO, DGCA, Meteorological Watch offices in the country and neighbouring countries as well.

In the wake of Cyclone Tauktae, IMD has released relevant information and put places on alerts to avoid any severe impact caused by it.

As of 17th May 2021, the IMD released the following information:

As per the IMD, the track and intensity of the Cyclone Tauktae are given below: 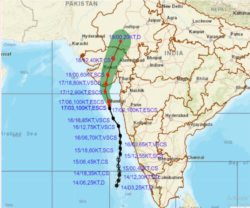 ISRO’s meteorological satellite is being used which is designed for enhanced meteorological observations and monitoring of land and ocean surfaces for weather forecasting and disaster warning. The imagery released by INSAT 3D is helping track the cyclone.

A few terms/topics in relation to cyclones that a UPSC 2022 candidate should know about:

Practise Previous Year Questions on Disaster Management from UPSC Mains GS 3 given in the linked article.