Disruption on a massive scale, either natural or man-made, occurring in short or long periods is termed as Disaster. Disaster management in India has been an important point of discussion owing to frequent natural disasters ranging from earthquakes, floods, drought, etc. This makes the issue of disaster management worthwhile to considered as part of the preparation for IAS Exam.

In this post, you will read all about disaster and disaster management about the Indian context. IAS aspirants can also download the Disaster Management notes PDF.

Loss of life and property due to these disasters have been steadily mounting throughout the world due to inadequate technology to combat disasters, rise in population, climate change, and continuing ecological degradation. The global efforts to manage disasters have proven to be insufficient to match the frequency and magnitude of natural disasters.

What is a Disaster?

A disaster is defined as a disruption on a massive scale, either natural or man-made, occurring in short or long periods. Disasters can lead to human, material, economic or environmental hardships, which can be beyond the bearable capacity of the affected society. As per statistics, India as a whole is vulnerable to 30 different types of disasters that will affect the economic, social, and human development potential to such an extent that it will have long-term effects on productivity and macro-economic performance.

The various disaster-prone zones in India can be inferred from the map below: Disasters can be classified into the following categories:

What is Disaster Management?

Now let’s have a look at some of the types of disasters and the means to combat them.

Definition: The devastating effects caused by an enormous spread of a certain kind of living organism that may spread disease, viruses, or an infestation of plant, animal, or insect life on an epidemic or pandemic level.

To know more about Bio-Terrorism threat to India and India’s Preparedness visit the linked article.

1. The nodal Ministry for handling epidemics – Ministry of Health and Family Welfare

2. The primary responsibility of dealing with biological disasters is with the State Governments. (Reason – Health is a State Subject).

4. Nodal ministry for Biological Warfare – Ministry of Home Affairs (Biological warfare is the use of biological agents as an act of war)

Charles Baldwin developed the symbol for biohazard in 1966. 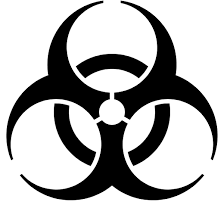 The US Centres for Disease Control classifies biohazards into four biosafety levels as follows:

Legislations for prevention of Biohazards in India

The following legislations have been enacted in India for the prevention of biohazards and implementation of protective, eradicative and containing measures when there is an outbreak:

The basic measure to prevent and control biohazards is the elimination of the source of contamination. Some of the prevention methods are as follows:

Preventive Measures for workers in the field (Medical)

Water management, not permitting water to stagnate and collect and other methods to eliminate breeding places for vectors.

Controlling the population of rodents.

The risk of epidemics is increased after any biological disaster.

Detection and Containment of Outbreaks

This consists of four steps as given under:

In the Ministry of Health & Family Welfare (MoH&FW), public health needs to be accorded high priority with a separate Additional Directorate General of Health and Sanitation (DGHS) for public health. In some states, there is a separate department of public health. States that do not have such arrangements will also have to take initiatives to establish such a department.

At the national level, there is no policy on biological disasters. The existing contingency plan of MoH&FW is about 10 years old and needs extensive revision. All components related to public health, namely apex institutions, field epidemiology, surveillance, teaching, training, research, etc., need to be strengthened.

At the operational level, Command and Control (C&C) are identifiable clearly at the district level, where the district collector is vested with certain powers to requisition resources, notify a disease, inspect any premises, seek help from the Army, state or center, enforce quarantine, etc. However, there is no concept of an incident command system wherein the entire action is brought under the ambit of an incident commander with support from the disciplines of logistics, finance, and technical teams, etc. There is an urgent need for establishing an incident command system in every district.

There is a shortage of medical and paramedical staff at the district and sub-district levels. There is also an acute shortage of public health specialists, epidemiologists, clinical microbiologists, and virologists.

Biosafety laboratories are required for the prompt diagnosis of the agents for the effective management of biological disasters. There is no BSL-4 laboratory in the human health sector. BSL- 3 laboratories are also limited. Major issues remain regarding biosecurity, the indigenous capability of preparing diagnostic reagents, and quality assurance.

Lack of an Integrated Ambulance Network (IAN). There is no ambulance system with advanced life-support facilities that are capable of working in biological disasters.

State-run hospitals have limited medical supplies. Even in normal situations, a patient has to buy medicines. There is a lack of stockpile of drugs, important vaccines like anthrax vaccine, PPE, or diagnostics for surge capacity. In a crisis, there is further incapacitation due to tedious procurement procedures.

Read about Crowd Disaster Management in the linked article.

Proper planning and mitigation measures can play a leading role in risk-prone areas to minimize the worst effects of hazards such as earthquakes, floods, and cyclones. These are the key areas which should be addressed to achieve this objective: 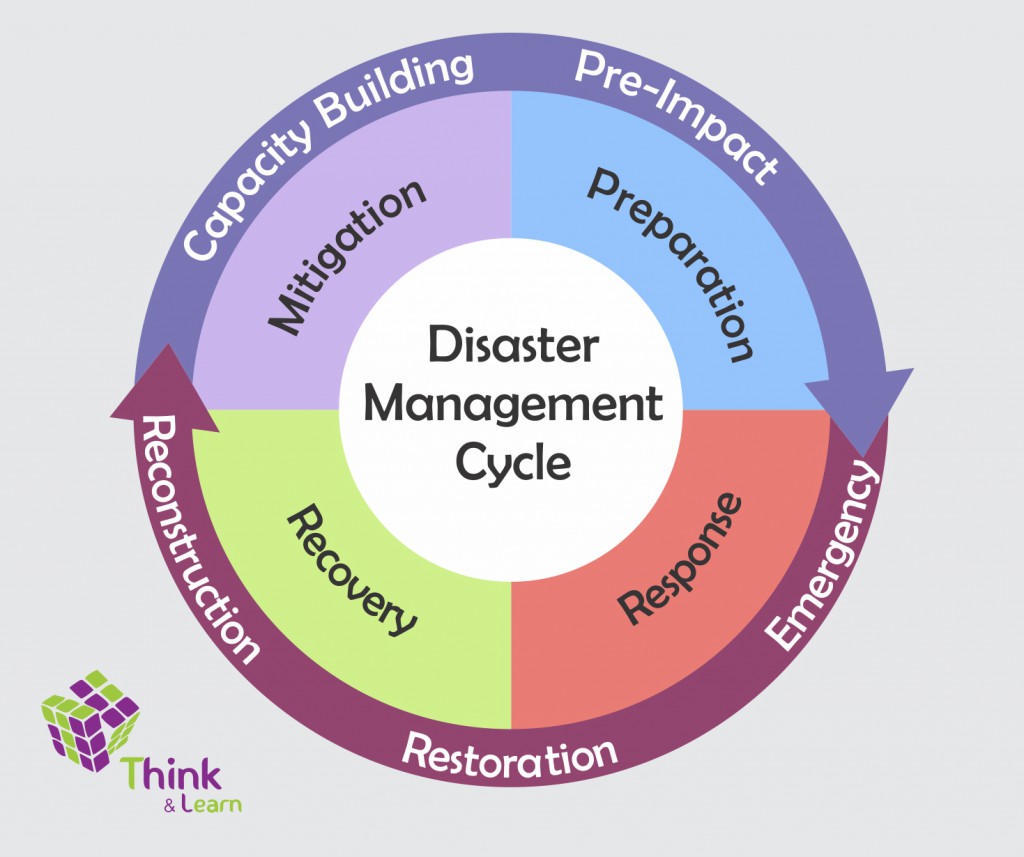 The topics of internal security and disaster management are diverse and also important for both the prelims and the mains exams. These topics are also highly linked with current affairs. Almost every question asked from them is related to current events. So, apart from standard textbooks, you should rely on newspapers and news analyses as well for these sections. To read on how to prepare for internal security and disaster management, check the linked article.

A) All of the above statements are false.

B) All of the above statements are true.

Q 1. What is the aim of Disaster Management in India?

Ans. In India, the main objective of disaster management is to reduce or avoid the potential loss which may be caused due to a hazard or disaster. Also, so that quick, apt and prompt steps can be taken for an effective recovery.

Q 2. What is Disaster Risk Management?

Ans. Disaster Risk Management is the preparedness to prevent a disaster that may happen or to reduce the loss that may be caused by it. There are certain stages of disaster risk management. These include prevention, mitigation, preparedness, response and recovery.

Q 3. In how many categories can disasters be classified?

Ans. Disaster can be classified into the following categories:

Q 4. Which body is responsible for Disaster Management in India?

Ans. The National Disaster Management Authority (NDMA) is the apex body that is responsible for disaster management in India. NDMA is headed by the Prime Minister of India.