Rajya Sabha TV programs like ‘The Big Picture’, ‘In Depth’ and ‘India’s World’ are informative programs that are important for UPSC preparation. In this article, you can read about the discussions held in the ‘In-Depth’ episode on “Epidemic Diseases Act, 1897” for the IAS Exam. At the end of the article, you can also watch the episode and download the PDF notes.

Background of the Epidemic Disease Act

With a rise in COVID-19 (also known as Wuhan Coronavirus) cases across the globe and in India, the states in India have gone into battle mode to contain the spread of COVID-19. All states and Union Territories have been directed to invoke provisions of Section 2 of the Epidemic Diseases Act, 1897, so that the Health Ministry (Union and State Government) advisories are enforceable.

Has the law been invoked earlier?

What is an Epidemic?

Throughout history, there have been a number of epidemics that have left a lasting impact on the population/society.

B) All the above given Statements are true. 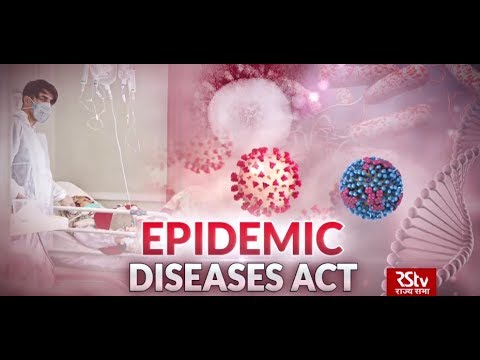