Difference Between Axis and Central Powers

The commonality between them was that they both had expansionist agendas at the expense of other nations and one of the differences between the two is that the Central Powers were the enemies of the Allies during World War 1, while the Axis powers were one of the opposing factions of the Second World War.

Candidates preparing for the upcoming Civil Services Exam can also, refer to the following links: 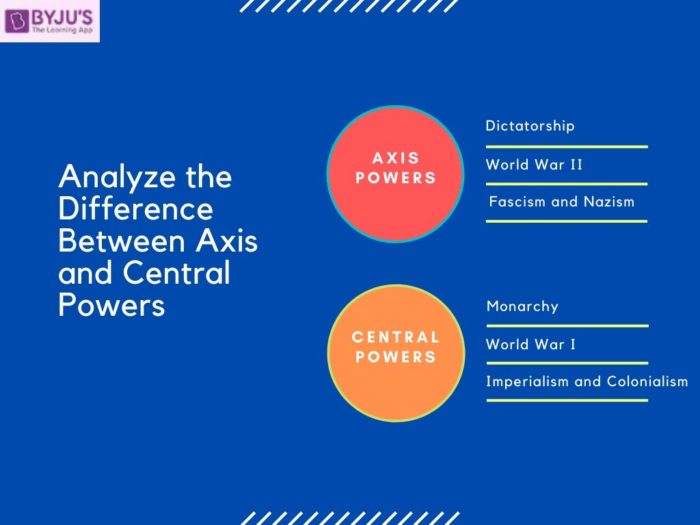 Differences between the Axis and Central Powers

Axis and Central Powers are covered extensively under the World History segment of the IAS Exam. Aspirants can refer to the following links to learn more about this segment.

Which nations were part of the Central Powers?

The Allies described the wartime military alliance of Germany, Austria-Hungary, Bulgaria and the Ottoman Empire as the ‘Central Powers’.

Which countries were part of the Axis powers?