Difference Between Allied and Axis Powers

With 70 to 85 million casualties, World War 2 was and remains the deadliest conflict known to humankind. It was a global war lasting from 1939 to 1945 involving almost all the nations of the world eventually forming two opposing military alliances: The Allies and the Axis Powers

The Allies of World War 2 were the countries that fought against the Axis powers during the conflict.

The Axis powers were the nations that fought in World War 2 against the Allies. 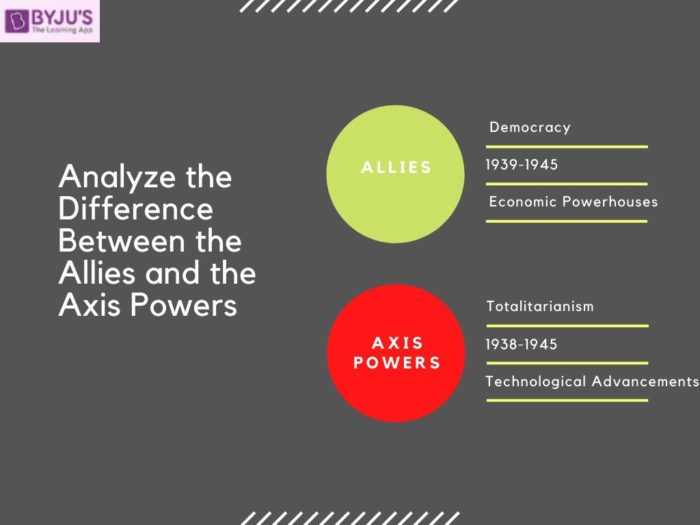 Both had diverging agendas and ideologies that set them apart from each other. The points of divergence will be discussed at length in this article within the context of the IAS Exam

Differences between the Allies and Axis Power

Axis and Allied Powers are covered extensively under the World History segment of the IAS Exam. Aspirants can refer to the following links to learn more about this segment.

Which were the Allied nations in World War 2?

Which countries remained neutral by not joining the Allied or Axis powers?

Countries that remained completely neutral throughout the war include Andorra, Monaco, Liechtenstein, San Marino, and Vatican City, which are all microstates who could not make a difference in the war, and Turkey, Yemen, Saudi Arabia, and Afghanistan.