The UPSC Results 2019 catapulted farmer’s son Pradeep Singh to national fame. Singh achieved what every IAS aspirant dreams of, that of securing the first rank in the All India civil services exam. Read on to know more about Pradeep Singh (AIR 1, CSE 2019), his educational background and work experience, UPSC optional, motivation, etc.

Pradeep Singh hails from Tewari village in Sonipat, Haryana. His father was sarpanch of the village and Singh’s main inspiration in his journey towards the IAS. 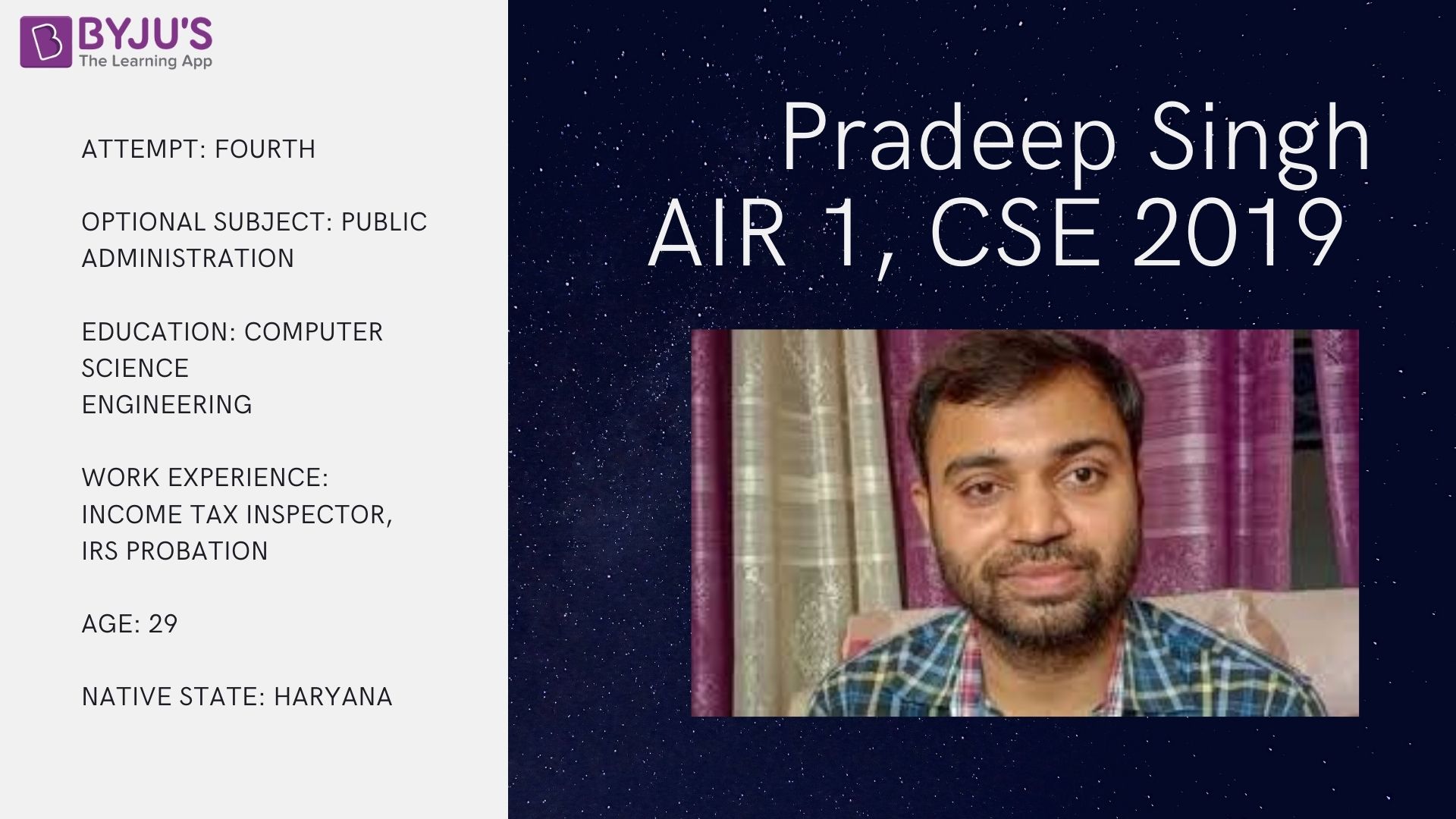 Pradeep Singh confesses it was tough juggling his Income Tax Inspector’s job along with the IAS preparation. But whenever he felt demotivated and thought of giving up, his father encouraged him to stick to his dreams and focus on the preparation.

Although Singh had initially joined some coaching, he had to later discontinue it due to time constraints. He later focused on self-study along with the help of his friends.

Singh’s message to aspirants is simple – “Self-motivation is the best key to achieve any goal.”

Get more IAS toppers’ list in the linked article.

Singh advises candidates to opt for different strategies for the different stages of the IAS exam.

Pradeep Singh’s preferred cadre is his home state of Haryana. He hopes to work for the education and the farm sectors.