Birth of Vinoba Bhave: This Day in History – Sep 11

In the ‘This Day in History’ segment, we bring you important events and personalities to aid your understanding of our country and her history. In today’s issue, we talk about Vinoba Bhave and his contributions for the IAS exam.

On 11 September 1895, Vinoba Bhave was born in Gagode village, Raigad, Maharashtra. A keen follower of Mahatma Gandhi, Vinoba Bhave took part in the freedom struggle and started the Bhoodan movement in 1951. He was an avid social reformer throughout his life. 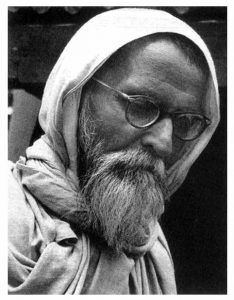 Facts about the Bhoodan Movement

To get more topics to visit the UPSC Syllabus and for more UPSC related preparation materials visit the linked articles:

Q.1. When did Vinoba Bhave died?

Q.2. What is meant by Bhoodan movement?

Ans. The Bhoodan Movement (Land Gift Movement) attempted to persuade wealthy landowners to voluntarily give a percentage of their land to landless people. It is also known as the Bloodless Revolution was a voluntary land reform movement in India.

Q.3. When was Vinoba Bhave born?

Ans. Vinayak Narahari ‘Vinoba’ Bhave born on 11 September, 1895, in a small village called Gagoji in Maharashtra, was an Indian advocate of human rights.

Q.4. How were Vinoba Bhave and Mahatma Gandhi related?

Ans. Vinoba Bhave met Mahatma Gandhi in 1916 and was chosen by him in 1940 to lead the first civil-disobedience movement against British efforts to mobilize India for World War II.

Q 5. Where was bhoodan movement started for the first time?