Starting from India’s freedom struggle to the unification of the Indian states, Sardar Vallabhbhai Patel is one of the men who we talk about. To know about Sardar Patel, who is also known as Iron Man of India, is one of the things an IAS Exam aspirant should do.

This article will provide you with relevant facts about Sardar Vallabhbhai Patel, important for UPSC. You can also download the notes PDF on Sardar Patel provided at the end of the article.

A few topics that candidates must read in relation with Sardar Patel are linked below:

There are some important questions related to Sardar Patel, which are answered in the table below: 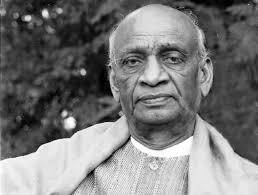 Another significance of this date

1984: Indira Gandhi assassinated by her own bodyguards.

Read about other eminent names from India’s freedom struggle:

Why is National Unity Day celebrated?

Since 2014, every year on 31 October ‘Rashtriya Ekta Diwas’ or the National Unity Day is observed to pay tribute to Sardar Vallabhbhai Patel – an Indian politician who played a pivotal role in India’s freedom struggle and then during the integration of the country.

What is the theme of National Unity Day 2019?

The main theme of National Unity Day 2019 is to bring the nation together, united in times of strife and rising extremism. The day honours Sardar Vallabhbhai Patel, who had played a significant role during India’s freedom struggle and later during the integration of all the princely states into the Indian Union.

When was the Statue of Unity made?

The Statue of Unity project was first announced in 2010 and the construction of the statue started in October 2013 by Larsen & Toubro, with a total construction cost of ₹2,989 crores (US 7 million). It was designed by Indian sculptor Ram V. Sutar and was inaugurated by Indian Prime Minister Narendra Modi on 31 October 2018, the 143rd anniversary of Sardar Patel’s birth.

For more UPSC- related preparation articles and Indian history-related articles, visit the links that are given in the table below. Candidates can get a general idea of the UPSC exam pattern by visiting the UPSC syllabus page