Mahatma Gandhi Released from Prison - [February 5, 1924] This Day in History

On 5 February 1924, Mohandas Karamchand Gandhi was released unconditionally from the Yerwada Prison in Pune on health grounds. He had undergone an operation for appendicitis at Sassoon Hospital, Pune. 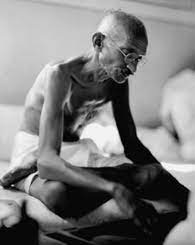 Check the table below for related links: