On 4 September 1825, the ‘Grand Old Man of India’, Dadabhai Naoroji was born in Mumbai. In today’s edition of ‘This Day in History’, you can read about one of the most important leaders of early Indian nationalism, Dadabhai Naoroji. This article briefly takes you through his initial days, his education, initial academic life, his foray into business and political field. 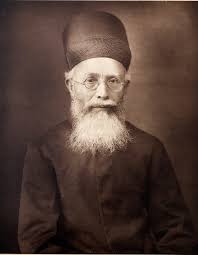 1665: The Treaty of Purandar was signed between the Rajput ruler Raja Jai Singh I (as Commander of the Mughal Empire) and the Maratha leader Chhatrapati Shivaji Maharaj. 1882: The first commercial electrical power plant by Thomas Edison started operation. 1993: Lawyers in India abolished titles such as ‘My Lord’ and ‘Your Lordship’ and use only ‘Sir’ and ‘Your Honour’. 1998: Google founded by Larry Page and Sergey Brin.