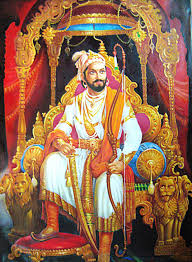 Chhatrapati Shivaji Maharaj, great Maratha ruler was born on 19 February 1630 at Shivneri Fort in District Pune in the present-day state of Maharashtra.

Why is Shivaji Maharaj famous?

Chhatrapati Shivaji was one of the bravest, most progressive and sensible rulers of India. Shivaji established a royal name for himself in history with his administrative skills by upholding the Swarajya values and the Maratha heritage. He was known for his bravery and tactics with which he won numerous wars against the Mughals. Known as the Father of Indian Navy, Shivaji was the first to realise the importance of having a naval force, and therefore he strategically established a navy and forts at the coastline to defend the Konkan side of Maharashtra. The Jaigad, Vijaydurg, Sindhudurg and other such forts still stand to testify his efforts and ideas. Shivaji was a dependable supporter of women and their honour. He opposed all kinds of violence, harassment and dishonour against women. Anyone under his rule caught violating woman’s rights was severely punished. In fact, women of captured territories were also released unharmed, and with integrity.

What does Chhatrapati mean?

Chhatrapati is a royal title from the Indian subcontinent. It is often taken to be the equivalent of emperor, and was used by the Marathas. The word ‘Chhatrapati’ is a tatpurusha Sanskrit compound of chhatra (parasol or umbrella) and pati (master/lord/ruler) which is considered as a symbolic representation of the protector of people. The parasol was considered a symbol of absolute, or even universal, sovereignty and consecrated kingship.

How did Rajaram Maharaj die?

Rajaram died of lung disease in 1700 at Sinhagad near Pune in Maharashtra leaving behind widows and infants. Janakibai, one of his widows, committed Sati upon Rajaram’s death.Another of Rajaram’s widows, Tarabai proclaimed her young son, Shivaji II as the Chhatrapati and ruled as his regent.

Did Marathas defeat the Mughals?

The Mughal–Maratha Wars, also called the Maratha War of Independence, were fought between the Maratha Empire and the Mughal Empire from 1680 to 1707.After the death of Aurangzeb, Marathas defeated the Mughals in Delhi and Bhopal, and extended their empire till Peshawar by 1758.

Who defeated the Maratha empire?

The empire formally existed from 1674 with the coronation of Shivaji as the Chhatrapati and ended in 1818 with the defeat of Peshwa Bajirao II at the hands of the British East India Company.