Sambhaji (Second Chhatrapati of the Maratha Kingdom) Birth - [May 14, 1657] This Day in History

The second ruler of the Maratha Empire and the eldest son of Shivaji, Sambhaji Bhonsale was born on 14 May 1657 at Purandar Fort near Pune. Read about Sambhaji Maharaj in this article, for the IAS Exam.

Read about the Maratha Empire and the related articles from the links provided below: 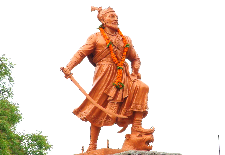 In this edition of This Day in History, you can read about the life of Chhatrapati Sambhaji, son of Shivaji and the second ruler of the Maratha Empire, for the UPSC exam.

Note: Sambhaji Maharaj Jayanti is celebrated every 14th May.

1879: The first-ever group of indentured labourers reach Fiji from India.