Revolutionary freedom fighter Jatindra Nath Das, also known as Jatin Das, was arrested by the British on 14 June 1929 in connection with the Lahore Conspiracy Case. He passed away in prison after a 63-day hunger strike. This is an important part of the Indian freedom struggle and hence, important for the UPSC exam. 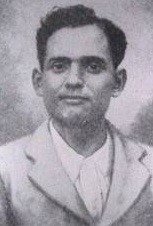 Also on this Day

1928: Birth of Che Guevara, Marxist revolutionary from Argentina who played an important role in the Cuban Revolution.

Which of the following statements are true?

B) All the statements are true.

D) None of the Statements are true.