Death of Chandrashekhar Azad - [February 27, 1931] This Day in History

Chandra Shekhar Azad is an important freedom fighter who played a crucial role in the independence struggle of India. So his life history should be a part of your IAS preparation.

In this article, you can read his brief biography and contributions to the freedom movement for the IAS exam. 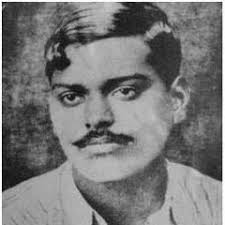 Great revolutionary freedom fighter Chandra Shekhar Azad shot himself when he had one last bullet left in a shootout with the police at Alfred Park in Allahabad. The park is now named Chandrashekhar Azad Park.

The UPSC Syllabus page will be of immense use for candidates who are attempting the exam for the first time. In addition the, links given below in the table will also be a valuable addition