The International Maritime Organization (IMO) is a United Nations specialized agency that regulates shipping and matters related to shipping. This article talks about the IMO and its importance for the IAS Exam.

International organizations and groupings are an important part of the International Relations section of the General Studies paper-2 in the UPSC Syllabus.

The IMO is a specialized agency of the UN that engages in shipping safety and security all over the world. 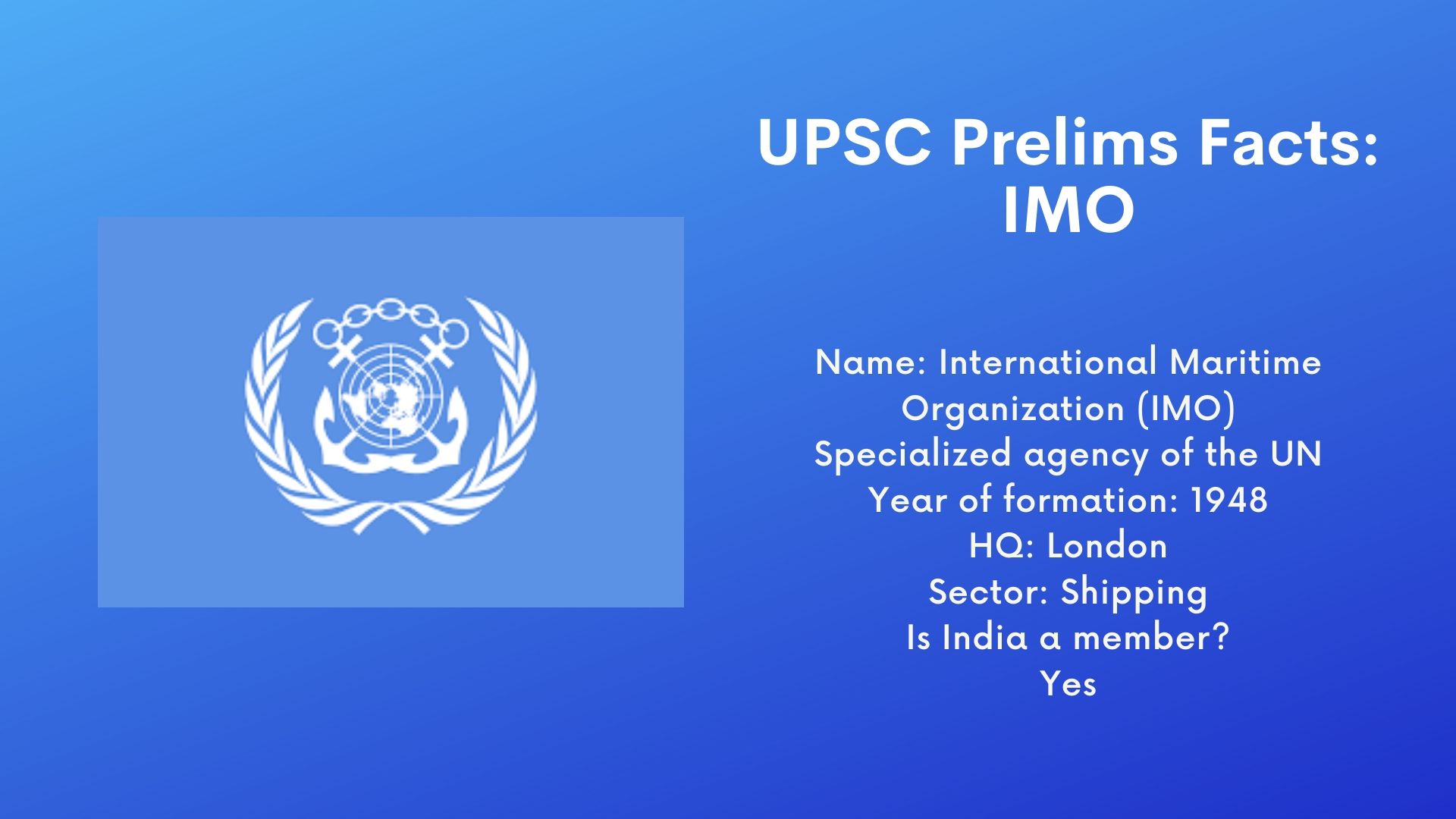 Objectives and Functions of IMO

Mission statement of the IMO

“The mission of the International Maritime Organization (IMO), as a United Nations specialized agency, is to promote safe, secure, environmentally sound, efficient and sustainable shipping through cooperation. This will be accomplished by adopting the highest practicable standards of maritime safety and security, the efficiency of navigation and prevention and control of pollution from ships, as well as through consideration of the related legal matters and effective implementation of IMO instruments, with a view to their universal and uniform application.”

The objectives and functions of the IMO can be listed as follows:

The FAL Convention (Facilitation of International Maritime Traffic) was adopted in the year 1965.

The objective of the FAL Convention:

For more such relevant international organizations visit the List of International Organization and their headquarters page linked here.

You might also want to know in detail about the Reports published by the International organization.

What are the most important IMO conventions?

What is the purpose of the International Maritime Dangerous Goods (IMDG) Code?

Get more UPSC related preparation materials and articles through the links given in the table below: