APJ Abdul Kalam was a President of India. He was born in Rameswaram of Madras Presidency, on 15 October 1931. In this edition of ‘This Day in History,’ you can read all about APJ Abdul Kalam, one of the most popular presidents India has seen.

This article will provide a few important facts about APJ Abdul Kalam which aspirants of IAS Exam should be aware of. 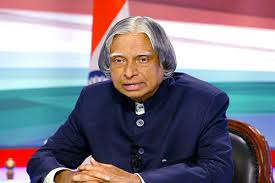 There are a few awards and honours won by APJ Abdul Kalam:

Also on this day of History (15 October)

There are a few other events that took place on the same date as that of the birth of APJ Abdul Kalam.

Aspirants can check the ‘This Day in History’ section of BYJU’S in the linked article.

The following links will be of immense help for candidates in their IAS Exam preparation: