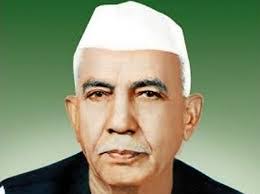 In today’s edition of This Day in History, you can read about Charan Singh and his contributions towards the country for the IAS exam.

Some of the works of Charan Singh